Showing posts from November, 2013
Show all 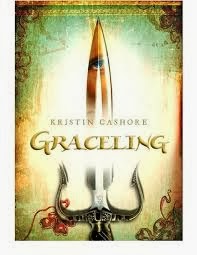 October was the month for hits and misses-some books were fabulous and some books were absolutely awful! Graceling by Kristin Cashore Graceling was the book my feminist book club picked out for October and it was fabulous!  It’s the first book of a trilogy and I will definitely read the other two.  I so enjoyed watching the tale unfold that I will actually try not to spoil the story too much for you.  It is the story of Katsa who was born with the grace, which is like a special talent, for killing and fighting.  She meets the prince Po, who become friends and together leave to save his cousin Bitterblue from the clutches of King Leck.  The book is a feminist allegory, which makes it a delight to read, in my opinion.  My book club thought King Randa represents the patriarchy in the way that he controls Katsa in the beginning of the book and I think they’re right, but I also think King Leck could also represent the patriarchy, but I won’t say why, because that would spoil too mu
Post a Comment
Read more

"I still remember..." every condescending remark or insensitive joke that a staff member made while I was inpatient or outpatient at a mental health hospital.  Fortunately, there haven't been too incredibly many, but what with how sensitive I was feeling at the time due to my illnesses and due to the enormous stigma, especially during the time when I was diagnosed with schizoaffective disorder , every remark was like rubbing salt on a wound.  One of my biggest resentments that I've had to work on was on forgiving staff members for less than stellar treatment and it has taken many therapy sessions until I finally believed that hospital staff are people too and so are prone to mistakes just like everybody else. Being in the hospital is tough, tougher than "regular" people will ever know.  There is stigma that follows it, sometimes even inside it, and each time a person comes out, while hopefully there are improvements in the person's well-being, there
2 comments
Read more 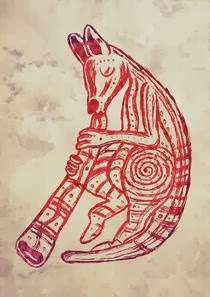 Today's prompt asks me what my most embarrassing moment since being diagnosed and I would say that it would be the times when I have not been able to stop talking during periods of mania. I have bipolar II . Fortunately, my symptoms are pretty well managed now with medication and a regular sleep schedule, but this was not always so.  Bipolar II does not have the kind of mania that you hear about in the news or that makes for a good, dramatic movie-instead, it has hypomania, which gives you a nice kind of energy that can be quite beneficial.  Hypomania can be great, especially for someone who has periods of depression, because it gives one productive motivation and energy.  I've even had doctors that try to keep people with bipolar II at a slightly hypomanic state, so that they will be able to stay productive and motivated, instead of depressed and avoidant.  I've often heard people that only know what depression is like remark that they wish they could experience mania.
2 comments
Read more 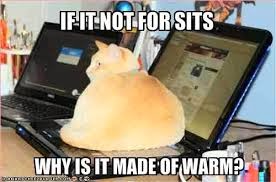 Wego Health has declared November National Health Blog Post Month, with topics for us healthcare activists to write about every day.  I have not been participating, because many of the topics have been repeats from past years, but I will put more effort into writing about them.  Today's topic is what social media people and sites do I most follow?  The last time I did this topic was in April, so some of these sources will be repeats, but there will be some new ones too!  The sources are grouped by topic. Borderline Healing from BPD  -  This is a blog written by Debbie Corso, a young woman who is in recovery from BPD.  She is a wonderful success story, because by practicing dialectical behavior therapy for two years, she no longer has the diagnosis of BPD.  Her articles are about using DBT skills and you can even purchase two books that she has written on the subject.  Her blog post,  An Open Letter from Those of Us with BPD  is a must read for loved ones that want to understan
Post a Comment
Read more

- November 14, 2013
Growing up, my dream was to be a concert pianist and then to be an opera star-I was going to be The Queen of the Night in Mozart's The Magic Flute ! I took both piano and voice lessons and I was well on my way when emotionally unsafe collegiate surroundings triggered my already misfiring neurons to cause me to fall victim to severe mental illness.  Did I fall sick with severe mental illness, because Godde needed a way to put me on the right path?!  Not my Godde, because my Godde is not one who manipulates!  Instead, I believe that Godde mourned with me when we realized that I was too sick for performance art. (Eventually I will get around to reading my copy of God in Pain: Inversions of Apocalypse by Slajov Zizak and Boris Gunjevic , which I believe will shed some light on this topic.) And so, my Godde gently urged me towards other doors that might be more beneficial and more loving to myself and others as we dealt with this new information.  I do not believe in a Godd
Post a Comment
Read more 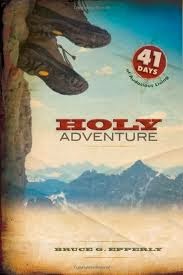 There is Christian language that can be deeply problematic and I believe needs to be re-examined too.  I am thinking of the language of "God's Will" or "Call," which is so often heard in recovery twelve-step groups and in traditional churches.   I don't believe in a God of manipulation, but it can be hard to stay true to that belief when the language of manipulation is used so often in our Christian culture-or when a perfectly open word like "call" is used to passively aggressively manipulate us into fear.   I believe that God calls us to be a people that seek justice and follow the way of loving kindness.   What that means is then up to us.  In short, all I believe is that Godde calls us to do "the next right thing."  Is that generic and vague?  Yes.  The statement is purposely so, because our Godde is a Godde who lives in the Mystery and we must step in the Mystery to meet Her.  We state that Godde's "ways are myst
Post a Comment
Read more 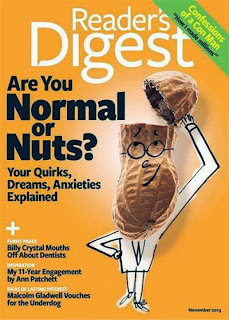 My family subscribes to Reader's Digest and the caption on their November 2013 cover makes me very sad. "Are you normal or nuts? Your quirks, dreams, anxieties explained." And then a few days ago I watched a Mike and Molly episode in a which a character's possible mental illness was horribly made fun of.  I am sure that Molly was called "nuts" or something very similar.  Both of these things are recent evidences of how far we still have to go in our society towards removing stigmatizing language.   Calling someone "nuts" is stigmatizing, because it others them, draws upon their natural reservoirs of shame and fear, and makes it hard for those that are already struggling with those feelings of shame and guilt that often follow mental illness that much harder to seek help and treatment.  How are we, those with mental illness, supposed to trust a world that considers us "nuts?" Link Love:   This ain’t livin’ - RE
Post a Comment
Read more
More posts