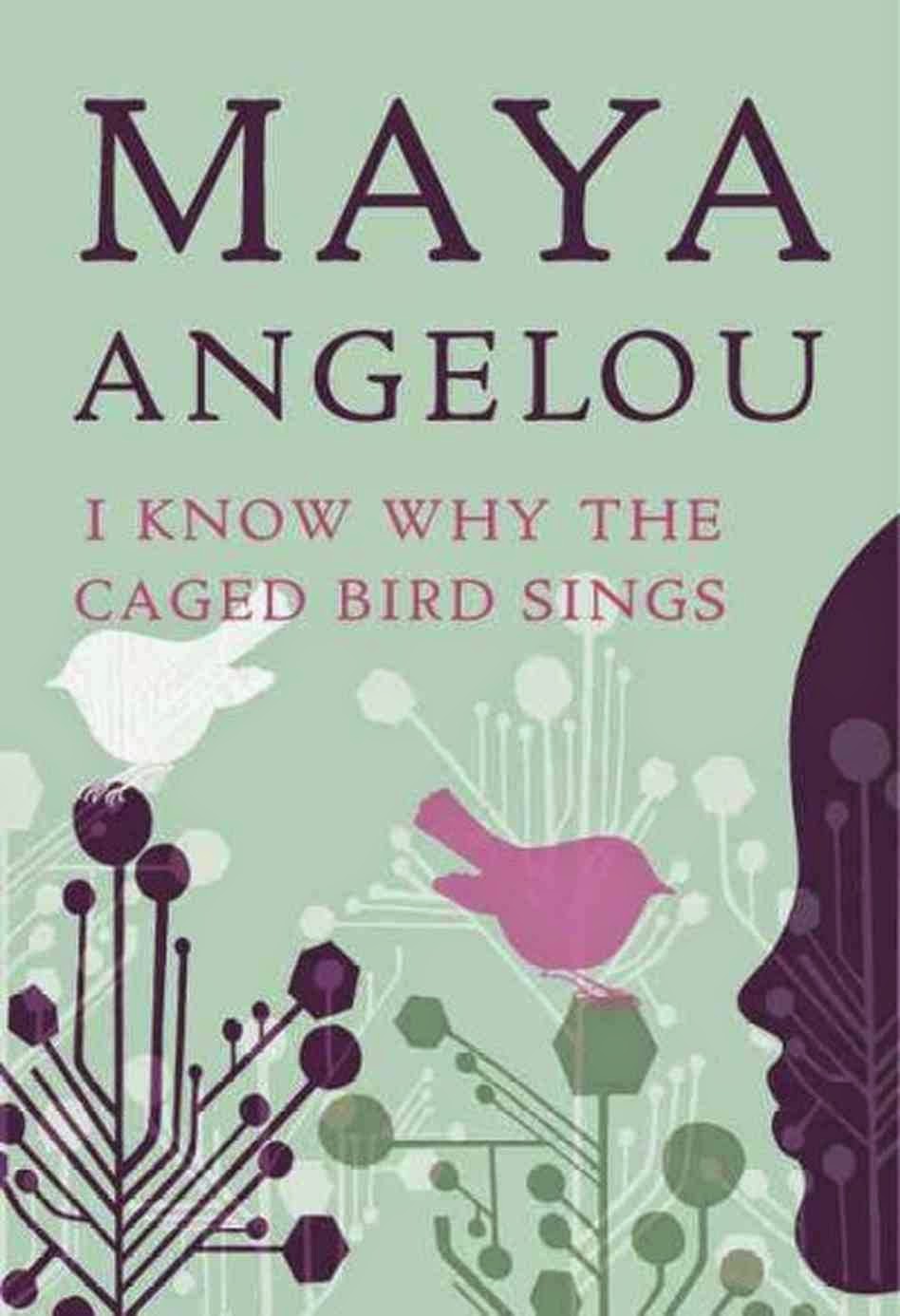 I Know Why The Caged Bird Sings by Maya Angelou – This was my feminist book club’s selection for November and it is fabulous, of course.  I read it first in seventh grade, but I got so much more out of it during my recent reading.  I really recommend listening to it be read by Maya Angelou herself, which is what I did.  She is the best narrator I have ever heard and at times, it was almost eerie to hear her tell her own story.  Her story touches on many tough issues-racism, sexuality, rape, just to name a few-and we discussed what we each thought were the most disturbing or painful aspects of her early life.  To me, the saddest theme was that children and adults were adversaries in the book.  Maya and her brother do not feel that they can ever trust adults and the adults in the book do not give them any reason to-children are to be tolerated and disciplined and that’s about it.  It’s an us vs. them mentality that I find very disturbing.  In my view, children are to be loved and they should know they are loved.  Yes, children need discipline, but not at the expense of their humanity and I believe that adults should not be against children, but rather protectorates and advocates for more rights for children.  It is true that if a man hits a woman, then that is recognized as domestic abuse, but not always considered true in the case for children and I think that that is tragic.  Reading the book made me want to read the rest of her memoirs and I will start working on reading more in 2015. 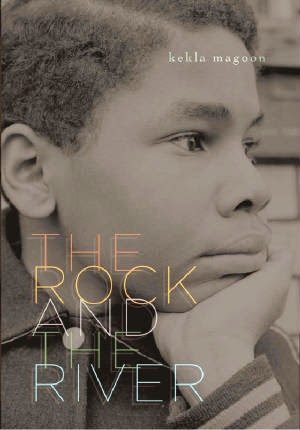 The Rock and The River by Kekla Magoon – This is the book the “edge-y” young adult book club I attend read for November and it was also great.  Kekla Magoon is a new-ish YA writer who is not afraid to tackle tough subjects and this book is about Chicago during the time Martin Luther King Jr. was assassinated told through the eyes of Sam, a Black teenager who is trying to decide whether he will join The Black Panthers or not.  I admire Magoon for writing about this tough time and gearing it towards youngsters.  I learned a lot about the Black Panthers by reading the book and the book could not be more appropriate for our times.  Many times I wonder if the Black Panthers will reemerge in today’s turmoil, but then I think no, for I think in some ways times have gotten worse, not better, than how they were in the late sixties.  The Black Panthers would follow police officers around openly carrying guns in order to keep police officers in line and they could do that because of open carry laws that were around at the time.  Unfortunately, whether there are open carry laws in an area or not, I think a Black person openly carrying a gun near a police officer (or anybody) would be shot on sight today.  Fear against Black “thugs” seems to have increased as the years have gone on, instead of decreased and if The Black Panthers come back, I think they will have to at least slightly change their old tactic.  This book won the 2010 Coretta Scott King-John Steptoe Award, plus many others and I highly recommend it. 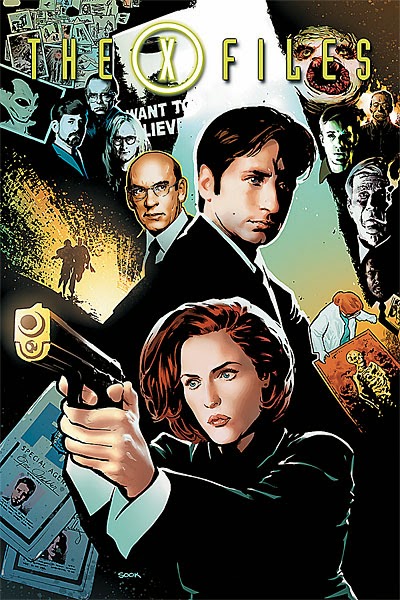 The X-Files Graphic Novel by Spotnitz; Wolfman; Moench; Denham (2009) – I read two X-Files graphic novels last month and this was the one by far that had the best graphics.  I liked seeing the Lone Gunman in one of the stories (it was four short stories).  Unfortunately, I found the short stories exceptionally implausible and not very memorable.  Of the four stories, my favorite is the last one, as it was the most suspenseful and original, in my opinion.  The book ends with some really cool art pages-I recommend this book more for the art than for the storytelling.

The X-Files: Dead to the World Graphic Novel by Stefan Petrucha, John Rozum and Charles Adlard (1996)  – This graphic novel did not have as good art, in my opinion, but I enjoyed the stories so much better! These stories actually felt like they fit in the format and storytelling style of the TV show much more. I appreciated the reference and play on the famous short story, “The Most Dangerous Game” – this time featuring Big Foot!  I also appreciated the story about the chupacabra, as I remember being obsessed with that myth in the nineties.  I thought the characters and plot twists were much more plausible and interesting in this novel and really recommend it as a fun read for X-Files fans. 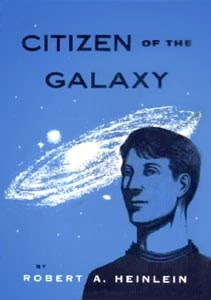 Citizen of the Galaxy by Robert A Heinlein – This was an audiobook that my family listened to on our way to Virginia this past Thanksgiving.  Like I Know Why The Caged Bird Sings, I first read this book in middle school-I read all of Robert A. Heinlein’s books during that time period-and I enjoyed listening to it again.  While doing research for this post, I discovered that there was recently a graphic novel of this book published and I am sad to note that it is already sold out!  I would love to read it.  The novel is about a boy (Thorby) who is sold as a slave to a man against slavery and this man (“Pop”) is the first person to show Thorby kindness.  After’s Pop’s death, Thorby is adopted by a starship captain and eventually is reunited with his original family on Earth.  He then must fight to retain rights to his family’s business.  The book is heavily influenced by Rudyard Kipling’s Kim and ends with Thorby continuing his Pop’s fight against slavery.  The book was interesting and I liked how the main character went from a slave to one who fights against slavery.  I would not say that it was as good as the first two books I read this month, but it is good escapism, as Heinlein usually is. 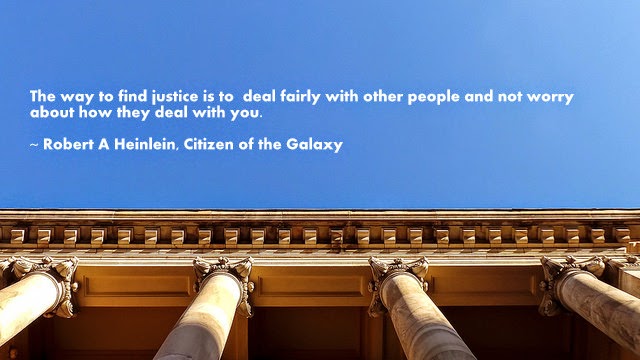 (a creative commons license adapted from Theen Moy's "Justice Columns")
Click on the picture to get a better view.

What I Did After Police Killed My Son
I’m not anti-cop. And I am finding that many police want change as well: The good officers in the state of Wisconsin supported our bill from the inside, and it was endorsed by five police unions.

The Washington Post – Being a cop showed me just how racist and violent the police are. There’s only one fix.

The problem is that cops aren’t held accountable for their actions, and they know it. These officers violate rights with impunity. They know there’s a different criminal justice system for civilians and police.

You don’t need to share an experience to provide support, and you don’t need to get depression to respect that it exists and people need support to manage it effectively.
book reviews children's rights feminist lit heinlein I know why the caged bird sings justice kekla magoon maya angelou racism science fiction the Black Panthers the rock and the river X-Files YA lit