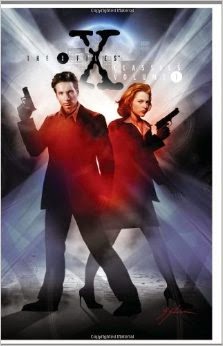 X-Files Classics Vol.1, written by Stefan Petrucha, art by Charles Adlard, published by IDW – As you can tell, this is the month of X-Files and that is a great thing.  I bought the X-Files Classics Vol.1 with Christmas money.  What makes it confusing when ordering is that there are two different sets of X-Files comics called, “Classics” and I believe they each have three volumes!  The one I bought was the original, first X-Files comics (the other set are comics that simply retell the first season of the TV show-I want those too, of course).  These were fun, although I had not realized that I had already read many of the issues, but still, it is nice to have them all collected together.  A theme in the stories seems to be how breaking deadly taboos can be seen as beautifully spiritual or absolutely terrible, depending on the way you look at the situation.  I think my favorite continued series was “Firebird,” which I have reviewed before and my overall favorite was “Trepanning Opera,” which was both creepy, mysterious, slightly spiritual, and would have translated well as video. 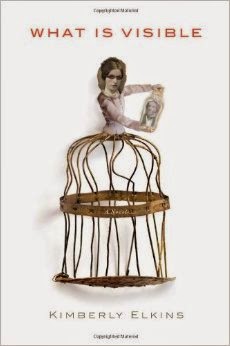 What Is Visible by Kimberly Elkins – This was fabulous!  It was my feminist book club’s selection for February and one of my favorites for the month.  It tells the life story of Laura Bridgman, a woman before the time of Helen Keller, who only had the sense of touch and was the first blind and deaf person to learn how to use language.  Elkins expertly weaves together fact and fiction and it was fun to read the afterward that detailed what exactly was made up and what was known.  Bridgman lives at the Perkins School for the Blind with founder Samuel Gridley Howe and the famous Julia Ward Howe.  Samuel Howe is totally selfish, egotistical, and disgustingly patriarchal.  He worries about Bridgman’s vanity and views her as a Unitarian spiritual experiment.  I do think that his penchant for phrenology is both pretty funny and pathetic and makes me wonder what “scientific” methods people will feel the same way about in the future.  And I am very glad that Elkins gave Bridgman a lover-so many times, we assume that romance is unavailable for people with disabilities and in so doing, we take away an aspect of their humanity. Bridgman is very popular during her time and is an instance of the ever popular “inspiration porn,” the term for when people get off on being inspired by other’s disability accomplishments.  Inspiration porn is very problematic, for is elevates disabled people to an angelic and infantilized status, whose only purpose is to inspire able-bodied people, when we all have a right to be recognized as  whole people with full autonomy and value as our own selves, without any need to prove our worth by inspiring others.  This is a powerful, witty, and thought-provoking book that I recommend. 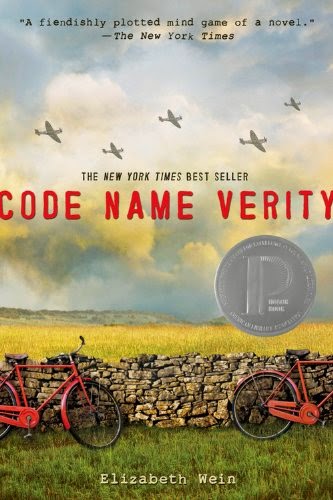 Code Name Verity by Elizabeth Wein – This is the book my young adult book club read for February.  I recommend it, although I don’t think I’ll read it again.  It’s a spy novel that I really think qualifies more as an adult novel than as a young adult one-we think it’s marketed as a young adult novel because it’s about female friendship, which apparently is not an adult topic.  Of course, if it was about male friendship, it would be alright, but female friendship is cute-sy and not serious enough for marketers.  Despite the theme, it is actually a very serious novel about patriotism and war.  It has quite a big plot twist, which is why so many people like it, but personally, I think the book is more concerned with the plot than with making you care about the characters and I am a big character person. I was impressed, but ultimately underwhelmed. If you are more of a plot person and if you like spy novels, then you will probably love this book. 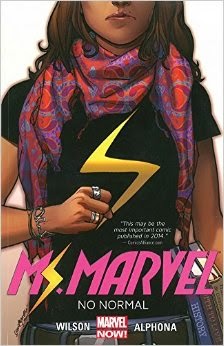 Ms. Marvel “No Normal” by Marvel Comics (writer Willow Wilson and artist Adrian Alphona) – This is the collection of Ms. Marvel comics one through five and is another one of my favorite readings last month.  I am not a huge superhero fan, but I am absolutely a fan of this one.  Ms. Marvel is refreshing because it is about a teen of color Muslim female nerd.  I like that the comics also feature her family and shows how her culture and religion intersect with typical American teen culture.  Kamala Khan just wants to be like the pretty heroine Ms. Marvel and one day to her surprise she actually turns into her favorite super hero.  Khan does not feel like herself in the sexy, blonde body she’s always imagined would be the best and eventually discovers that being a super hero that looks like herself is just as awesome.  This is a female empowerment comic that I can truly support.  The made-up product ads are pretty funny too. 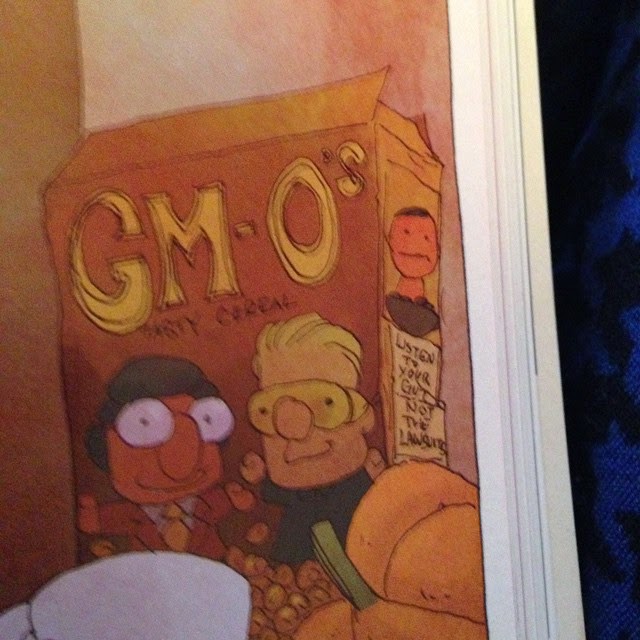 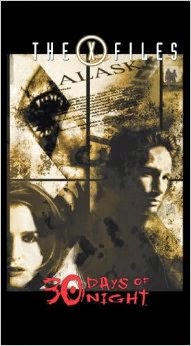 30 Days of Night X-Files by Steve Niles and Adam Jones – This is one of the most well-written X-Files comics I have ever read, I think.  It is also the goriest, so be warned: there is a lot of blood and just general creepiness.  If you have a problem with horror, then you will probably not like this book.  I, however, liked it a lot.  In fact, I really appreciated how the creators were willing to go out on a creepy limb and give us something different.  The series is a merging of the popular X-Files series and 30 Days of Night, which is a bloody vampire series.  I had never read 30 Days of Night before, but now I am intrigued.  Read this collection if you are not squeamish. 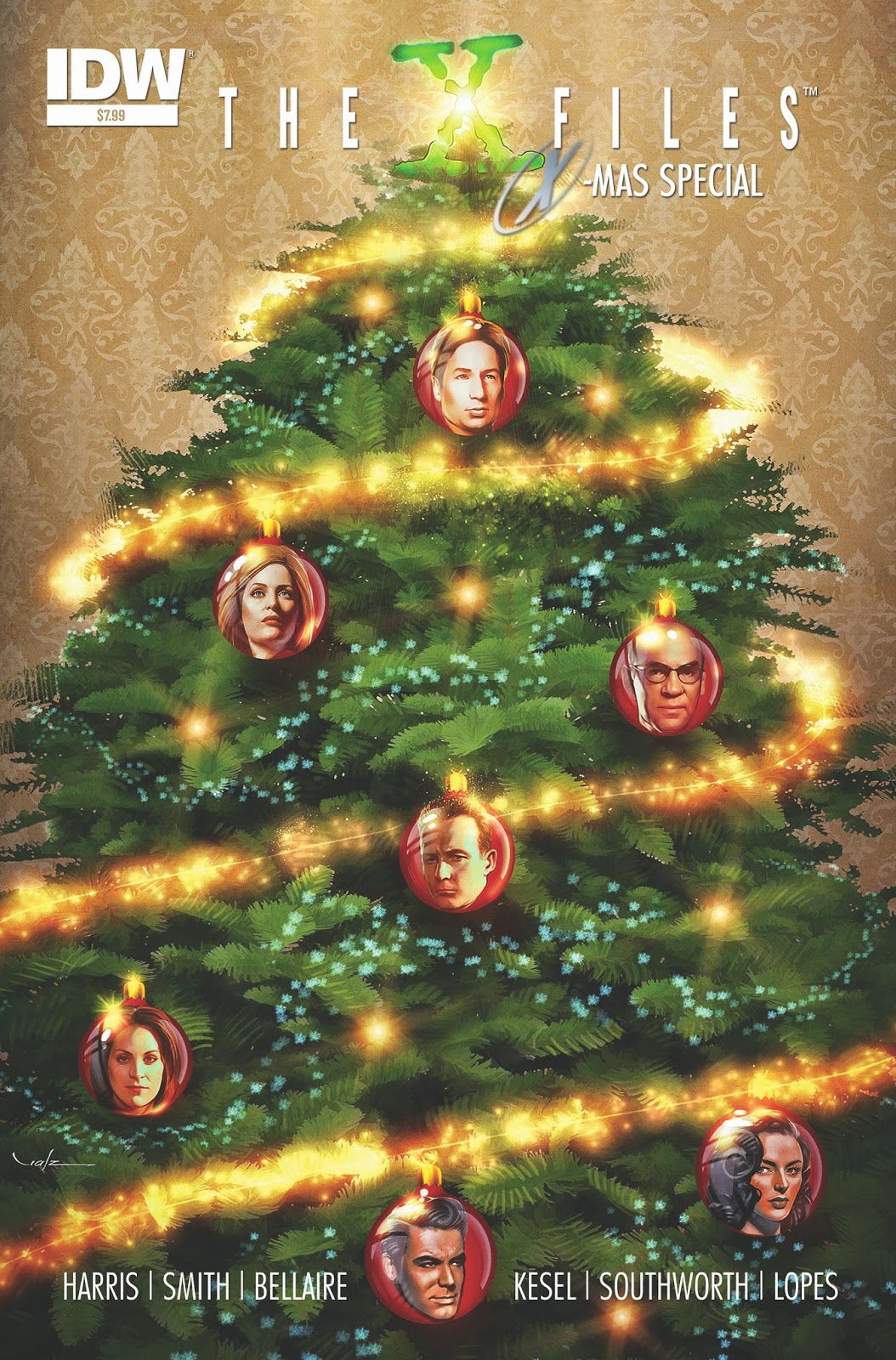 X-Files X-MAS Special Comic by Joe Harris, IDW Publishing – This is my third February-read favorite.  I loved the Christmas party with our X-Files favorites-it really made me feel sentimental.  This is a feel good X-Files comic and just warmed my heart.  It is especially nice to see Mulder and Scully being sweet with each other.  This special also has the opener comic for the new Year Zero X-Files series, which I already own, but have not read yet.  Year Zero is about the first X-Files agents in the 1940s and I cannot wait to read it, as I think it is an exciting new angle. This is a great edition to any true X-Files fan. 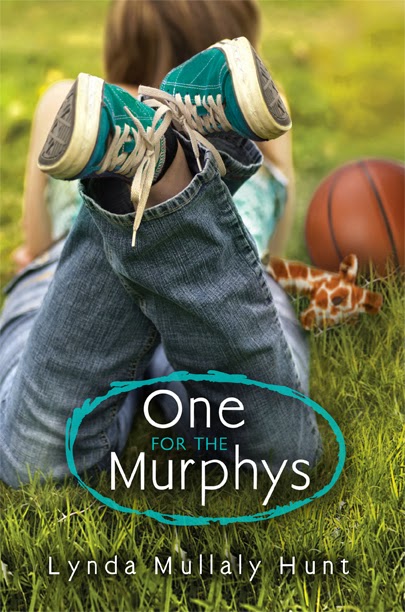 One for the Murphys by Lynda Mullaly Hunt

Link Love:
Huffington Post - 9 Celebrity Quotes That  Will Change The Way You View Mental Illness
“[Seventeen Magazine] asked me what I was like when I was 17 and I wasn’t going to say, ‘I was great!' because I wasn’t. I was suffering from a mental disorder. But what I so often find is that it becomes about the facts. ‘How much weight did you lose? How were you treated? Were you hospitalized?’ And that’s not important to me. What is important is to talk about the feelings, to talk about the help that young girls, and young men, who have this problem can get if they find that they are suffering.”
Posted by K.C. Jones at 12:45 AM