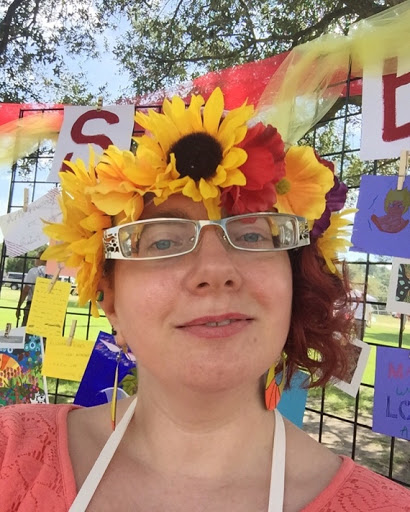 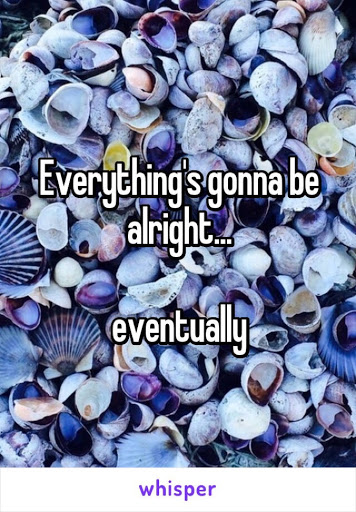 Grieving for My Younger Self - A Poem

Through the heartfelt mercies of our God, God's Sunrise will break in upon us, shining on those in the darkness, those sitting in the shadow of death, then showing us the way, one foot at a time, down the path of peace. (The Message Bible, 121)

Clinical words can hurt immensely - the picture they paint seems so drastic and horrible at times, which if you think about it, is sort of funny considering that usually clinicians are trying to get us away from all or nothing, doom and gloom thinking.  The other day I was cleaning up my art room when I stumbled upon a big binder with no label.  Curious, I opened it to discover that it was my clinical records from when I attended an outpatient program a few years ago.  As I thumbed through the pages, I was overcome with sorrow and empathy for the person I had been at the time.  Memories of a much worse time flooded me and I cried.  Sometimes I just wish that I could go back in time and treat my younger self with loving kindness - the kindness that I and others denied it then.  I want to give her a big hug and tell her that everything will eventually work out, although I know that she would not have believed it.  I wrote a poem about my feelings that I thought I would share with you:

Grieving For My Younger Self

She was so vulnerable,
So scared,
Corned into a box of clinicians.
One day she found the strength
To overturn their boxes
And now she runs,
Turning boxes over,
Trying to find the girl she used to be.
She is stronger now,
And wiser too.
But all she wants to do
Is give her younger self a hug
And cry over all that was lost-
And all that will be even more triumphed
Through great pain,
Misery,
And yet, 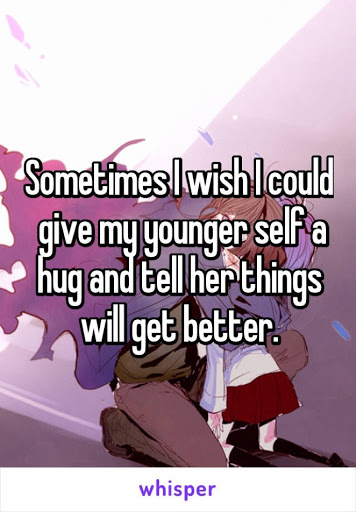