Showing posts from August, 2019
Show all

Staying In My Lane 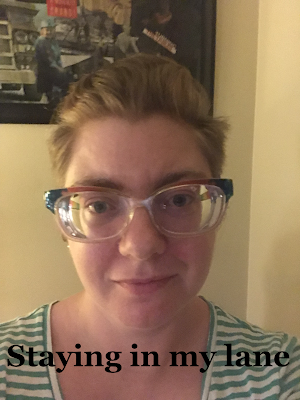 Stay in your lane.  If you're good enough, people will move to you. ~ Russell Simmons I've always hated the phrase, "stay in your lane;" it always seemed condescending to me.  A few times someone has said it to me when I was asking a question and I felt very offended.  However, recently I realized that it is the perfect phrase for me to use to reframe my sometimes too nosy thoughts. I went to the Alternatives conference a few weeks ago and had a great time...until I sensed that there was some tension in the air and then I became triggered and teary.  Fortunately, I was able to get the support I needed and ended up having a good enough time to want to return. I attended a function by the anti-defamation league until I realized that the leader was triggered and her slightly raised voice made me also triggered and teary.  I ended up leaving this event early, even though I did get the support I needed-I just couldn't stop crying until I arrived home. I start
2 comments
Read more
More posts