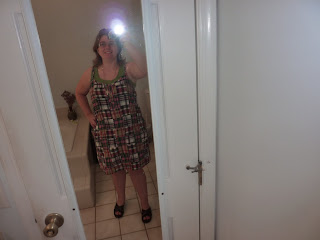 This is the outfit I wore to Atlanta Pride this year. That's right, it's a cute summer dress, even though Atlanta Pride is now in October. It amazes me that my country is so big and diverse that even though I was incredibly comfortable wearing a tank top, sundress, and sandals, there were some places in the United States with snow! I must say I really feel sorry for those people.

Atlanta Pride used to be during the hottest part of the summer and at first, I was skeptical of the change, but then I remembered that the last time I had gone in the summer, the heat had made me so miserable that I had vowed never to return. With the parade being in October, the weather was absolutely perfect. I took my boyfriend to the festivities on Sunday, because he had never been to a Pride celebration before and I just felt that that was a crime! We could only go for a little bit, because I had church that night and he had work, so we bypassed the parade and simply hung out at Piedmont Park. I heartily recommend doing that, especially if you are short like me. I mean, the parade is lots of fun, but unless you are really tall and come really early to get a good seat, then it is extremely hard to get a good look at any of the floats.

Charlie and I had a great time looking at the booths there and so I shall give you the highlights!

First, we came upon this funny guy: 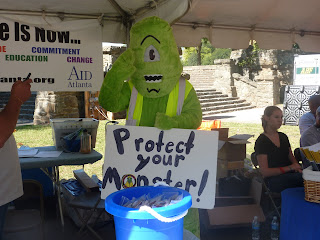 I thought he was hilarious and so is this sticker I found: 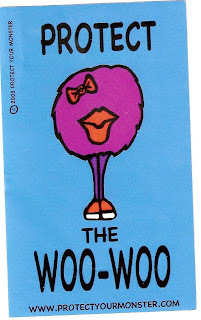 Protectyoursmonster.com is a very clever company that strives to teach people about HIV/STD prevention in a cute and creative way. I really love the Woo-Woo comics!

Another product that I thought was very creative and cute were the t-shirts from dykosaur.com.

This is Ptrannydon and I think she is an extremely sexy dinosaur!

Charlie and I were heading back to the car when we spotted a line of angels: 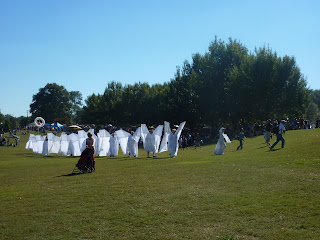 The one in front is holding a sign that reads, "Stop the Hate," which actually brings me to my main topic-stopping the hate. Hate often comes from fear and ignorance and unfortunately recently I have heard from those aplenty. Earlier last week I was in the midst of a person IN POWER who spoke of "those" gay people and about "them." It was very othering and I felt quite powerless. This person kept on talking about the "gay lifestyle," which is a phrase that always irritates the hell out of me, because it is a nonsense phrase. You see, one chooses one's lifestyle, but contrary to semi-popular opinion, one's sexual orientation is not a choice. One can choose to fully embrace one's sexuality, but one cannot actually choose one's sexual orientation. I told the members of my church about what I had experienced and here were some of their reactions: "My lifestyle is Christian. I just happen to be a lesbian." "Gay lifestyle?! People keep on talking about the gay lifestyle, but I haven't seen the benefits of it yet. Where's my gay lifestyle?" As for me, my lifestyle is also that of a Christian. And a feminist, an activist, a musician, and a geek. I happen to be queer-bisexual, if you must be exact. My sexuality is an important part of me, of course, but it is not my defining feature. I do not talk about sex all day nor have I ever converted anyone to the queer side. If a person is in a committed relationship with a same gendered person, but does everything the way a straight couple does, are they living the gay lifestyle? Or does a person need to be in drag, fart out rainbows, and sing Elton John tunes at the top of one's lungs? What if the person is a mix between the two? I mean, really, the term "gay lifestyle" means absolutely nothing. I just hope that one day all the people that are so close-minded and ignorant will take a chance on life and will actually listen to people without judgment. 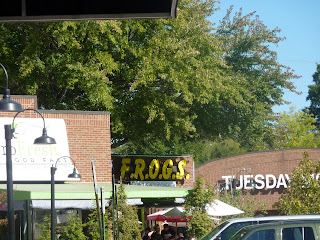 By the way, Charlie and I ended our time together by dining at F.R.O.G.S. I recommend the mango margherita and the fried chicken tacos!