Be a Beacon of Light

Every piece of writing is ripe for analysis, even religious texts. Excuse me, but it’s more like especially religious texts! Months ago, when I was reading the Bible’s book of Joshua, I noticed something that really irritated me-the book is absolutely filled with the descriptor, “able-bodied.” I underlined the word every time I saw it and by the time I was finished reading that book, there was at least one underlined word on every page. It made me angry! The writers of the book of Joshua obviously valued those who are able-bodied; men; strong warriors-it is a book about war, after all. And who is not valued? People like me-female, weak-bodied. Back then, there were no psychotropic or antidepressant medications, so I would be insane too. I absolutely would not be a valued person in that time period. In fact, by society’s measures I’m really not that valued in our day and time either. I am female, fat, disabled, poor and queer. I do have the privileges of being White, American, and intelligent, which is no small matter. When I flip through my Bible, seeing all those underlined “able-bodies” angers me, but not by too much, because I know that there is a difference between what is valued by society and what is valued by Godde. Joshua is also the book where the prostitute Rahab saves several of these “able-bodied” men, with the result that she saves her entire family from being killed. I take solace in those kinds of stories. There are women in the Bible who are strong and smart and who speak truth to power. I don’t care if the woman was a slut – she is still my shero. But even more than the individual stories about female and otherwise disenfranchised people’s empowerment, what means the most to me are the words like these that are repeated over and over again in Deuteronomy –

17 For the LORD your God is God of gods and Lord of lords, the great God, mighty and awesome, who shows no partiality and accepts no bribes. 18 (S)He defends the cause of the fatherless and the widow, and loves the foreigner residing among you, giving them food and clothing. 19 And you are to love those who are foreigners, for you yourselves were foreigners in Egypt. Deut 10:17-19

Society may raise high the able-bodied as privileged, especially during these Olympic days, but I know the truth-we are all equal in Godde’s eyes. I think it is very telling that God defends the foreigner, which is a segment of our society that is often treated like an evil presence in our country, instead of a people that should be loved, for we were once like them.

Of course, knowing the truth about our equality should not be the end of our journey, but our beginning, for I believe our mission is to bring Godde’s vision to Earth. Godde’s vision is of a world where we all live together, interdependently-the rich help the poor, the able-bodied help the disabled-in short, those with privilege help those who do not have and even more than that, but that they are humble enough to learn from and respect those whom today’s society deems as unworthy. So today, the anger that seeing those underlined “able-bodies” inspires is not wasted but instead impels me to move forward in my revolution of offering lovingkindness to myself and to everyone I meet. I am definitely not perfect in this, but I am trying. And that’s all I can do. My revolution of offering lovingkindness gives me a purpose and provides me with hope. I know I won’t stop any wars or reform any politicians, but that’s not the point. The point…the point…not to sound new age-y or weird, but I believe it’s to be a beacon of light in a world that is often dark with despair. As Marianne Williamson has said, and I have quoted this before,

“Our deepest fear is not that we are inadequate. Our deepest fear is that we are powerful beyond measure. It is our light, not our darkness that most frightens us. We ask ourselves, 'Who am I to be brilliant, gorgeous, talented, fabulous?' Actually, who are you not to be? You are a child of God. Your playing small does not serve the world. There is nothing enlightened about shrinking so that other people won't feel insecure around you. We are all meant to shine, as children do. We were born to make manifest the glory of God that is within us. It's not just in some of us; it's in everyone. And as we let our own light shine, we unconsciously give other people permission to do the same. As we are liberated from our own fear, our presence automatically liberates others.” 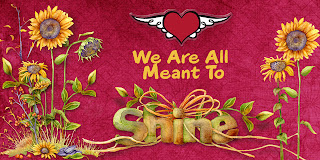 But y’know what? Freedom of speech, freedom of religion and even marriage equality are all red herrings here. Because this is the real truth: Chik-Fil-A gives money, a part of those profits from all the hate chicken, to hate groups. Yes, hate groups named by the Southern Poverty Law Centre as such, including the Family Research Council, led by Tony Perkins, one of the worse bigots you could ever meet, who calls gay people paedophiles and terrorists. The Family Research Council has not only fought against marriage equality, but has sunk money into fighting against any anti-discrimination laws, any anti-bullying laws, has fought the day of silence and even spent a ton of money lobbying Congress to NOT condemn the kill-the-gays law in Uganda. These people literally want GBLT people dead. Literally. And if you bought some of that hate chicken, you’re paying for that. You’re also paying for torturous ex-gay therapy since Exodus is another of their beneficiaries.

Can women be creepy? Yes, for sure. They are human and capable of anything that humans are capable of. But when they are creepy, they don’t have an entire culture backing them up and explaining why their creepiness isn’t that bad.