Book Review - The UNKingdom of God by Mark Van Steenwyk

It is the beginning of the month, which means it is time for me to review books.  I did not do this post last month because I was following the WEGO Health writing challenge, so I have a lot of books to cover.  Today's review will be of Mark Van Steenwyk's book, the UNKingdom of God. 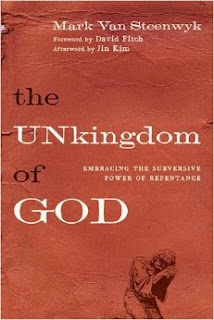 The UNKingdom of God: Embracing The Subversive Power of Repentance by Mark Van Steenwyk - Mark Van Steenwyk is a Christian anarchist and I have been interested in anarchy for a while, so I was glad to receive this book.  Steenwyk says this about what empire is in this passage:

The logial conclusion of the survival instinct is empire. A humane society assumes live and let live, but empire is built on the logic of kill or be killed. Both the instinct to survive and the impulse to empire are driven by fear. Empires are built on enforced homogeneity in ethnicity, language, culture or georgraphy, combined with the impulse to universalize one's particularity. Any who resists this drive to hegemony becomes the enemy of empire. (179)

We need to build a society that is based on love, not fear.  A society where we actually "turn the other cheek" and "love our neighbor as ourselves."  A society that has no supreme human rulers, but naturally takes everyone's needs into account.  According to Steenwyk, we do not need a president or earthly king, but a heavenly one.

There are seven billion people on this earth just like you. Hardly anyone cared when you were born and hardly anyone will care when you die. No matter what you do on this earth, good or bad, most people aren't going to care becase they are mostly concerned for themselves. Once you get over your heroism project and recognize that life is about living and loving and being loved, then life becomes simple and manageable. No need to strive, no need to ahcieve, no need to prove anything to anyone, no supremacy necessary. Loving God and loving neighbor-this is the way out of empire, this is the way into the kingdom of God. (181)

Steenwyk makes the point that Christianity has become a part of the empire, when it should be supporting a different way.   For Christianity to be what it truly needs to be - a religion of love and change, acceptance and redemption - it needs to repent of its empiric past and present and I fully agree.  True repentance means that one accepts that what one did was wrong, acknowledges it and then turns away toward the better way and this is what Christianity needs to do.  Christianity has committed torture, war, slavery, rape, abuse of people, earth, and animals, and greed and by saying we are Christians, we must take ownership of our horrid past and repent.  I truly believe that repentance is the only way that non-Christians are going to see that Christians value love over judgment.  Right now, all American Christians are caught up in empire thinking, just by being a part of this empire state and we should do what we can to rid ourselves of this brainwashing.  Jesus was not about being a part of an empire, but about loving and reaching out to everybody equally.  As I was reminded at a #RESTINPOWER memorial service last week, Jesus was an activist who upset the status quo and was thus executed by the empire.  Let us never forget that fact. 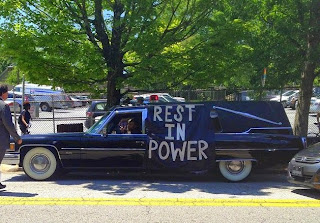 My only complaint about the book is Steenwyk's use of the word, "kingdom," instead of "kindom."  I know, I know, saying kingdom when refering to God's realm is subversive because it represents the opposite of earthly empires, but the term still does not sit well with me.  To me, the word, "kingdom" is absolutely associated with power over, instead of power with, and no amount of saying that it isn't will make it so.  I need a new term to denote what kind of place God's realm is and so I prefer the term, "kin-dom."  I agree with some feminist and process theologians that it makes no sense to call a loving, personal, sacrificial God a king when that is absolutely not how a king acts.  The title of king separates the common person from ever knowing the ruler on a personal level and I believe that connotation will follow if a person calls their God a king, even if they have the best of intentions.  Likewise, the word, "kingdom" implies borders, domination, and frankly, empire, so to me, calling God a "king" and her realm a "kingdom" is not subversive enough for me.
I recommend this book and I will probably reread this book over again at some point.  Check out the website, Jesus Radicals, for more information on Christian anarchy. 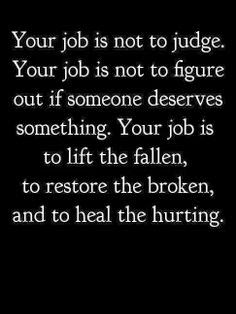 Meaningful justice will only be achieved by dismantling the (in)justice system which is catastrophically contaminated by white supremacy.