Change from Love, Not Fear

Prompt #2 is to write a reflection on a quote of your choosing, which is something I already do on a routine basis! Here it is:

If […] we change primarily according to the calling we experience from God, we can change the future of the world. (67, Coleman) 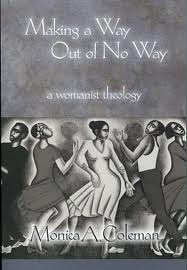 The future of the world doesn’t look too good, especially if one spends a lot of time keeping up with current events. Right now, I am especially scared about losing reproductive healthcare rights in the United States. It can be really easy to act and live in response to fear when only thinking about the negative. When I am depressed, anxious, paranoid, obsessive, or delusional it is especially hard to not be negative and I have to constantly be reassured that life will improve. This is change due to a calling from Fear, but I believe Godde is Love and Godde always calls us toward living in that Love. I don’t believe that living in Love always feels good, because if it did, then it would be impossible to Love while in the midst of a bad episode of mental illness. I believe that living according to the calling of Godde’s Love is always available to us, at any time. Sometimes that call is just really hard to hear. I keep on thinking about the last time I was hospitalized. I was in shock that I was back again and I felt like a failure, but I wasn’t-I was following Godde’s call. I think we often mistakenly imagine that answering Godde’s call means that we will be ending wars or preaching to the masses, but often times answering that call just means doing the next right thing. The day I went back to the hospital, I wanted to die. I felt absolutely worn out from all of my anxiety and I was disassociating. Still, I listened and acted upon the call of Godde by calling my doctor and my sponsor. I answered Godde’s calling by getting the help I needed. If I had killed myself, then I would have changed the world for the worse. Sure, there is always the potential for good to come out of anything, but the immediate result would not be positive. There would be a gaping hole in my community that could never be filled. I will probably never fully understand just how much meaning there is in one human life, especially mine, but as I learn to love myself, the more I am beginning to understand just how important I am. Because I chose to get the help I needed, I said “yes” to Life and Love. As I learn to move from Fear to Love, so perhaps I can show others how to do the same. Together we can survive. Together we can listen, Love, and change the future of the world for the better. 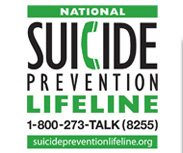 And here are my recommended links-I've collected quite a few, as I've been forgetting to post them... Whoops!

RH Reality Check - Not a Joke: Personhood for Women

I love it when people say women like me are single-issue voters when the reality is social conservative politicians are single-issue legislators: the only way to sacrifice women's overall health care needs and enact physically invasive, punitive medically unnecessary procedures is if you are singularly obsessed with controlling one-dimension of women's lives: their sexuality. When all you value a woman for is access to and use of her reproductive organs then you end up with the situation we're in now.

But, for many of us -— and this is a point that has been ignored thus far -— this case is a focal point because it is a way for us to tell our stories without exposing our own fear and vulnerability. We regularly silence our pain, ignore our fear, avoid dealing with the hurt. But in this case, because there appears to be so much evidence of racial abuse and misconduct, coupled with the fact that he was just a young boy, we feel empowered to speak out on behalf of Trayvon -— even if we cannot yet speak out on behalf of ourselves.

This is precisely my point. We are Trayvon Martin. So not only must we speak out when the victims can no longer speak for themselves, but by breaking the silence around racial abuse, we can begin a healing process that addresses our collective hurt and humiliation and restores our humanity. We -— all who have suffered similar experiences, regardless of race -— can begin sharing our racial abuse narratives in the public sphere. By doing so, we can hope that others will stop seeing racial abuse as something that happens only to so-called deserving ghetto black kids (whatever that means) and start empathizing with black suffering by seeing it as part of the human experience.

The Crunk Feminist Collective - On Appropriate Victims: More on Trayvon Martin and Other Names You Need to Know

Because these victims were women, Iraqi, trans, they didn’t pass the appropriate victim test.

Views from the Couch - The Virgin Valuation

A girl’s value is not inside her vagina, precariously contained only by the hymen, like a tupperware lid.

But if you only read one, read  Shakesville – The Terrible Bargain We Have Regretfully Struck

I hope those men will hear me when I say, again, I do not hate you. I mistrust you. You can tell yourselves that's a problem with me, some inherent flaw, some evidence that I am fucked up and broken and weird; you can choose to believe that the women in your lives are nothing like me.

Or you can be vigilant, can make yourselves trustworthy. Every day.