I had a lot more time this December, as I spent a lot of time just relaxing at my brother's house in Anacortes, Washington state. I'll talk more about that trip later. 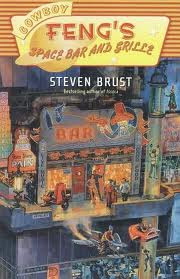 Cowboy Feng’s Space Bar and Grille by Steven Brust – I wasn’t wild about this book. The first person narration includes too many details and reminds me of the way I wrote when I was in middle school-not a good thing. I thought the concept of the novel was intriguing-a bar that jumps planets and time when there’s a nearby nuclear disaster-but I thought the reason was stupid. In my opinion, this is a book with more promise than it delivers. 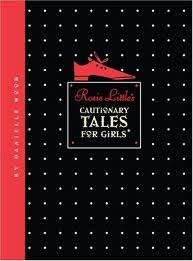 Rosie Little’s Cautionary Tales for Girls by Danielle Wood – This book was fabulous and a great bargain! I felt a little guilty while reading it, because I got it from the dollar table at Charis. It’s a collection of short stories that are cautionary tales for “girls who have boots as stout as their hearts, and who are prepared to firmly lace them up (boots and hearts both) and step out into the wilds in search of what they desire.” Like any cautionary tale, the stories do not end happily ever after, but they are still delightful. My favorite story is the story about Truth. 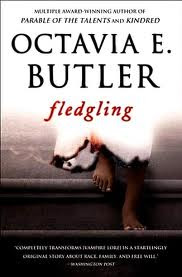 Fledgling by Octavia E. Butler – Butler never disappoints! As far as I know, this is the only vampire story she ever wrote and it was great. Fortunately, none of the vampires shimmered, nor was it a cheesy romance, but a wonderful and very creative mystery. Like with all of her works, I really got involved with her characters and I wish that that had been the first book in a series, instead of a stand alone. If you like vampire books, but want something different, try this one! 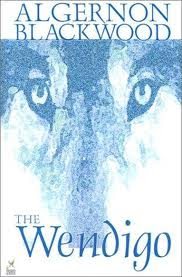 Wendigo by Algernon Blackwood – I read this in one sitting using the Kindle app on my new Droid phone. I read the abridged version when I was a child and the story always sparked my imagination, so I was excited when I saw that I could get the story for free. It was a fun read. Of course, the style is a little old-fashioned, but it’s a classic horror story. If you like classic horror the way I do, then I would definitely read it. It captured my imagination just the way I remembered from my childhood and I practically devoured the story. A good, quick read. 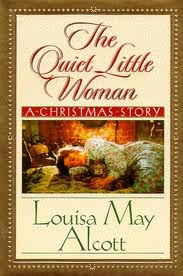 The Quiet Little Woman by Louisa May Alcott – Alcott was a very interesting person and I love reading works by her and about her. These were a collection of three short stories that were published for free in a magazine that a group of sisters published in the mid 1800s. I also read this book in one sitting and thoroughly enjoyed it too. These short, sweet stories fed the soul of the little girl I used to be-and still sometimes am.

Science and the Modern World by Alfred North Whitehead – Whitehead was a philosopher who basically founded process theology and I am very interested in process theology, so I have decided to go to the source and read as much of his stuff as I can. At first, I was a little disappointed, because I just was not inspired by the stuff I was reading, but then I realized that the first half of the book does not deal with what I’m interested in, so I cheated and skipped the middle! If you are interested in process theology/philosophy and are reading this book and are not especially learned in ancient philosophy, then I would skip ahead to the “God” chapter and read onwards. The beginning and middle of the book went over my head, but once I got to the chapter titled, “God,” I was in home territory and I loved it. I put a lot of quotes down in my quotes book, so eventually you will see some of the passages on my blog. By the way, I was able to get some of his lectures for free on Kindle!