I also have bipolar disorder but I want to say that I am actually grateful for it.  Yes, life is hard, but life is hard for everyone for different reasons.  Because of my experiences with bipolar, I have learned how to have more compassion, be less judgmental and I have met many wonderful people.  I have gone through many hardships but each time it gets easier and I have found that getting through hardships is what gives us resiliency, which is essential for a good life.
I then read a poem that I posted here way back in 2011.  How life has changed since then for the better and how I can now trust it will continue to change for the better, even as these good times will, I know, be interrupted by hardships from time to time.  I think people were a little shocked when I followed my diagnosis with the statement that I was grateful for it but I really truly am.  I am never thankful for it when in the throes of depression or anxiety but I am thankful that I at least have the tools now to get me through it.  Earlier today, I had an anxiety attack, which was frustrating but at least I knew what to do and why it was happening - I was experiencing some joint pain and pain usually triggers anxiety for me, so I took some Advil, took my anxiety PRN, and turned up the air conditioning to get myself comfortable again.  I really would make a terrible homeless person because being physically uncomfortable isn't just annoying for me but actually triggers my anxiety.  In a pretty short while, my anxiety passed, and I laughed at myself out of relief, so grateful that I know how to manage myself now.  I believe everyone has their own challenges but as long as we keep trying new things and reflecting on what works and what doesn't, we will grow and get better, despite our setbacks.
I hope this post provides some encouragement; feel free to share it with those who are struggling, especially with a new diagnosis. 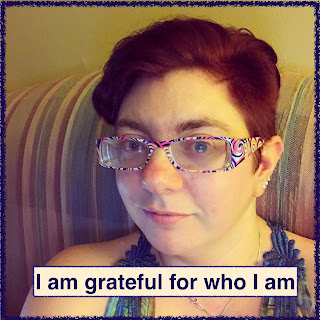