I made the mistake of inadvertently taking somebody's space at a grocery store parking lot and I ended up being saddled with the burden of being a fat person.  I don't usually take people's spaces, but the woman waiting was taking her sweet time and I wasn't sure if she was really wanting that space or not and I was in a hurry.  I was anxious about getting to where I was going on time and I was a bit confused-in short, I was human.  The woman who was upset did not pause to consider that perhaps I had other things on my mind and yelled out at me,

I was shocked into silence by her meanness and so I did not apologize for taking her space. I thought to myself, "at least I don't say ugly things to people!"  I am also glad to report that at first I was a little confused, as in,

I am beautiful, although I am more culturally accepted as beautiful sometimes than at others, smart, kind, creative, and I really do try to make the world a better place than it already is-if my worst quality is that I am fat, than I really do think that I am doing pretty well! The best thing I can say about the encounter is that I cannot imagine myself verbally attacking another person like that because they took my space. I might be annoyed or bothered, but I would take a few deep breaths, tell myself it's not a huge deal in the grand scheme of the world and find another space. I feel that this woman must have been feeling very miserable to have lost her temper so quickly and to take it out on another in such a mean way. What makes me sad is that I intuit that she must have a very bad relationship with her own body-being thin does not automatically mean that one has high self esteem or think they are beautiful and for one to think that the worst in myself is that I am fat makes me think that she must be obsessed with her own weight. I know from experience that weight obsession is a miserable place to be and it truly does poison the mind.  Thinking that one cannot be happy or deserving or lovable or truly acceptable unless one is thin is simply NOT TRUE!!

I am acceptable the way that I am!

In fact, I am not merely acceptable, but all-around fabulous!

Here are some pictures of me right before the rehearsal dinner at my cousin's wedding party last weekend. I think I look flabulous! 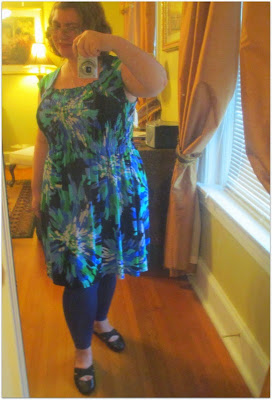 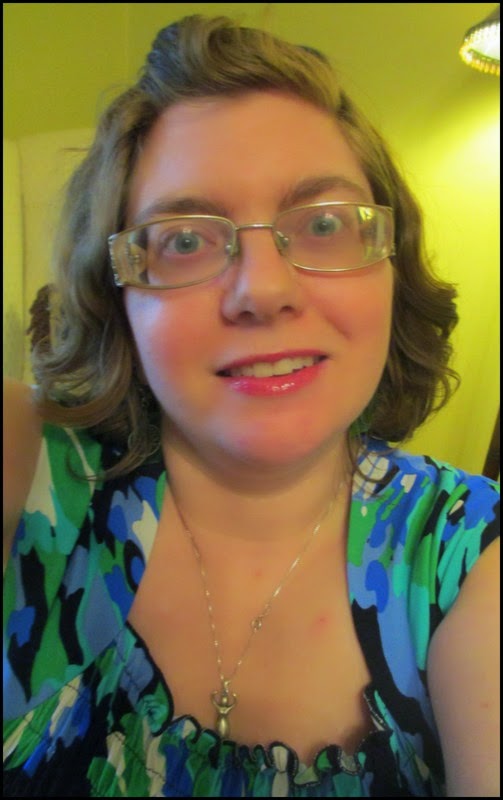 This Aint Livin - Why Are Women Who Have Cats Such Figures of Mockery?

I can’t help but draw a parallel here: people view a more independent species as less valuable, less trustworthy, and many of those same people are also the ones who dislike independent women who assert their own autonomy in the world. Obviously, women are not equivalent to cats, but it’s notable that in both cases, women and cats are disliked for exercising free will, and are often severely punished for it. Perhaps it’s not surprising, then, that the combination of women and cats is considered so threatening, and that the way people choose to deal with it is by mocking women.
Desexualizing Disability
Many people seem to believe that sexuality is a natural and necessary part of the human condition (ignoring the fact that asexual people are human beings, and their lack of sexual attraction doesn’t render them inhuman) — which leads me to suspect that part of the hate and fear of disabled sexuality is the general desire to dehumanise disabled people. If we can be rendered sexless, neutered, inert, and nonthreatening, it can be made clear that here lies yet another difference between ‘us’ and ‘them,’ another reminder that we are not quite fully human. For how, after all, could you live without enjoying The Sex?

Whoever injected our collective brain with the idea that love is something we earn by making ourselves want only smaller, appropriate, manageable things needs to come here and fight me, with fists.

Dances with Fat – Marilyn Monroe and Me
In my activism I work to destroy the social construct of beauty-as-power by suggesting that everyone is beautiful and the difference is in our choice of whether or not to recognize that.  Regardless beauty is something that we get to claim and own for ourselves if we want to.  I get that not everyone believes that or thinks about it that way and I think that’s totally cool as well.