Hashtags as Agents of Social Change

I post on Instagram almost every day to promote this blog, so of course, I experiment with hashtags.  Common hashtags I  use: #alifeworthliving #focusonthepositive #focusonthegood #bethechange #mindfulness #gratitude #gratefuleveryday #artheals #mentalhealth #mentalhealthrecovery #recovery
A lot of my posts are about recovery from mental illnesss/mental health challenges, and since I am privileged (*rolls eyes*) with so many of them, I will often times just go down a list of my disorders.  When doing this, I began to pay attention to how many other people use those same hashtags and I found it interesting:
Mental Health Recovery Hashtags by Instagram Popularity
#edrecovery 3,453,807
#edwarrior 1,361,899
#depressionrecovery 182,629
#depressionwarrior 24,095
#ptsdrecovery 167,424
#ptsdwarrior 28,879
#anxietyrecovery 131,513
#anxietywarrior 89,209
#bpdrecovery 79,089
#bpdwarrior 8,824
#ocdrecovery 15,999
#ocdwarrior 1,106
#bipolarrecovery 5,559
#bipolarwarrior 5,198
#schizophreniarecovery 362
#schizophreniawarrior 1
#schizoaffectiverecovery 21
#schizoaffectivewarrior 0
Chronic illness is sort of its own category since it is the one where warrior is more popular.
#chronicillnesssrecovery 644
#chronicillnesswarrior 126,880
I think the results are fascinating. According to instagram, the most popular recovery hashtags are "#edrecovery" and "#edwarrior."  I have found that in the regular world, eating disorders are very rarely talked about, unless about a celebrity or model.  For the most part, they are seldom believed.  A   person doesn't have binge eating disorder - they are "uncontrolled;" a person doesn't have anorexia - they are "perfectionistic," "particular," etc. In our toxic culture, there is no such thing as too thin.

So why are those hashtags so popular?

1. Pretty food pictures!  A lot of eating disorder recovery (edrecovery) is naturally centered around food and food pictures are attractive.  There is a potential trap though - it can be easy to get caught up in the healthy eating world and substitute an eating disorder with an extreme "healthy" diet, with a millions wide audience cheering on.

2. Teenage demographics.  In my experience, the majority of people who get help for their eating disorders are teenage girls or young adults with supportive parents. Who uses instagram the most? Teenagers and young adults.  There is a potential trap though-in the eating disorder world, anorexics are popular and revered-to be so thin that one is sick means to have envied powers of control.  In fact,  there is a super dangerous online world where anorexia is promoted.  I am not going to say its name because of fear that my readers will go looking it up.  Don't. I looked it up once after reading a news article about it and I instantly regretted it.  I cried hard seeing an online world of pure evil.

In the end, I suspect there are so many eating disorder pictures because in the teenage girl world, anorexia is considered an  achievement and almost cool.  I don't know if I would have said that phrase out when I was a teen, but it surely was what I thought. The positive in the large ED recovery world is the feeling of a recovery sisterhood. I find it in a lot in Borderline Personality Disorder (BPD) posts too, as it is another disorder often given to young women.  I like that we cheer each other on the pathway to a better life.  There is a community of us.

You know what is not cool? Schizophrenia and schizoaffective disorder.  It makes me sad that so little is said about these diagnoses and the things that are are usually stigmatizing.  Schizophrenia does not innately make a person more dangerous. The white male mass shooters are not all "schizo," but are examples of toxic masculinity.  I remember when I was first diagnosed with schizoaffective-I had never heard the term before and I felt weird and alone.  Because being in a different reality can seem "bizarre," people with schizophrenia are often made fun of and these hashtags confirm their low status.

It is not true.

I'm still going to post eating disorder hashtags. Pretty food pictures and selfies are fun! But I am also going to post about the less popular mental health challenges too.  I want the conversation of recovery to represent all mental health challenges because we all can recover.  We can recover our identities, our goals, our enjoyment, our purpose as people, our place in society.  I will proclaim success with every mental health hashtag I can think of because my message of hope's reality is available to everyone, no matter what the stereotypes say.  But do not get caught up in the labels - in the end, these are the hashtags that I prefer to guide my life: #alifeworthliving #focusonthepositive #focusonthegood #bethechange #mindfulness #gratitude #gratefuleveryday #artheals #mentalhealth #mentalhealthrecovery #recovery. 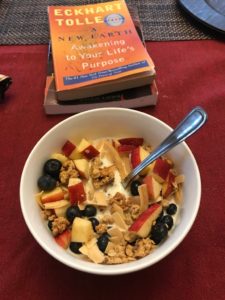