We are immortal in the influence and the imprint we leave on those around us. (69, Making a Way Out of No Way by Monica A. Coleman) 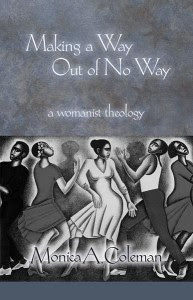 My friend, Monica A. Coleman, writes that "we are immortal in the influence and the imprint we leave on those around us" and so we really do not need to worry about our immortality after all.  I don't believe our earthly actions dictate where we are going after we die and yet, in a way, I do.  You see, I want my legacy to be one of goodness, lovingkindness, and grace.  I want people to say they saw Love Eternal in my countenance.  I'm not saying I accomplish this on a regular basis, but it is my goal.

I saw the movie, Powder, when it came out in 1995. I was around 14 at the time and its message about compassion, human potential, energy, and how we are all connected stayed with me all these years.  Without realizing it, slowly, the message of the movie has become nearly my whole belief system.  I urge you to watch this video, which shows most of the important scenes from the movie.  (Spoiler alert-It shows the ending, so if you haven't seen it, you may just want to rent the movie.  I promise, it's worth it.)
I believe we are all conduits of energy and when we die, our energy goes out to the world.  Godde, then, is the collective force of that energy and that collective energy force is what we call Love.  And so we return to Godde or Love or Energy, however you want to look at it.  So in a way, you could say we all go to Heaven-if by Heaven you mean returning to Godde.  Songs about a physical Heaven are still very comforting to me and I think they always will be, but my belief is that we should be concentrating on bringing Heaven to Earth.  Didn't Jesus pray, "Thy kingdom come, Thy will be done, on Earth, as it is in Heaven?"  In short, meaning, let us bring Heaven to Earth.  Or in metaphysical terms, let us bring the Energy of Love to every being on this planet.
Here, even Queen is deep, as Freddie Mercury sings, "Who Wants to Live Forever?"

ClutchMagOnline.com  - Brandy Should Know It’s Okay to Judge Chris Brown
There is a long history of ignoring or erasing intra-racial violence in the black community. In former Black Panther Party member Elaine Brown’s book, A Taste of Power,  she writes about being expected to ignore the misogyny and violence engaged in by the male members of the movement, because fighting racism was deemed the primary concern, proving that defending those who harm black women has always been historically and socially acceptable.  […]  As Bell Hooks theorized, a black man may face racism in the public sphere, but he can always go home and beat his black wife, and this is a fact that we should not for a moment forget.