In 2013, I Learned There is Strength and Freedom in Being Alone

What a lovely surprise to finally discover how unlonely being alone can be. Ellen Burstyn

I've heard people define Borderline Personality Disorder as "people who cannot handle being alone."  It's one of my pet peeves, as I think it is pretty lazy a descriptor, but there is an element of truth to it. People with BPD have intense fears of abandonment and make frantic, desperate efforts to avoid being abandoned, so much so that often their fears are not even based on reality. According to the DSM-IV, "These abandonment fears are related to an intolerance of being alone and a need to have other people with them."  I think just saying borderlines can't handle being alone at all is lazy, because I was and still am an introvert and so I need time to be alone and recharge after being around outgoing people all day.  I always have needed this and always will. 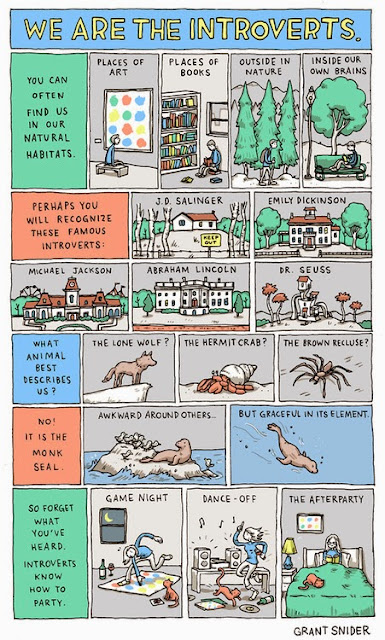 (You can find the comic at Incidental Comics by Grant Snider) I love reading books alone and eating in restaurants alone-preferably while reading a book!-and writing and painting and playing the piano and singing and walking in nature all alone - I always have and always will.  The reference to "the intolerance to being alone" majorly confused me for a long time and may have prevented me from being properly diagnosed for many years.  BUT it is true that I used to have an intense fear of abandonment and I would franticly struggle against the thought of being alone for more than I was internally comfortable with and would act out, so that I would not be alone.  Of course, I was not aware at the time that this is what I was doing, but it was.  I also was so uncomfortable with my own identity and being by myself-both characteristics of BPD-that I absolutely hated going to parties or other supposedly fun functions by myself.  I felt like I needed another person there to hide behind, to be my safety net, against the dangers of intense emotions that might take me by surprise at the party.  I also felt I needed a friend to rescue me, because I didn't trust my own interpersonal skills-I felt extremely awkward, lost in my own world, inappropriate and completely unable to grasp the simplest small talk.
Fortunately, I no longer feel that way about myself!  In 2013, I learned that one can find strength and freedom in being alone.
I attended two events in the fall that were loads of fun by myself.  Both times, I tried to get people to go with me, but in both instances, I did not let the fact that people could not come prevent me from going and I am so glad I did!
The first event was the The Muppet Movie Sing-Along held at the Center for Puppetry Arts in Atlanta-one of my ultimate favorite places!  The sing-along was created by Jim Henson's daughter, Heather Henson, and she was there with her co-host Davey Rocker, leading a Rocky Horror Picture Show-like experience to The Muppet Movie-we were all given prop bags with our ticket and we used the props at specific times during the movie. 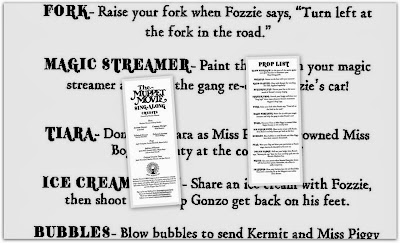 Oh my gosh, it was so much fun!  I had almost chickened out and not gone, but I am so glad that I did.  The whole experience reminded me of DragonCon-there was a long line to get in and everyone in line bonded and we talked about...you guessed it, Jim Henson and DragonCon.  I instantly clicked with the man sitting next to me and we chatted throughout the whole experience and I realized that events like this that are built around a passion or special interest are actually perfect for an introvert like me, because I don't have to try so hard at small talk, but can instantly zoom into the passion that we already know we share!  That's the reason why I love DragonCon so much and so I wonder why I didn't think it would not also apply to something like The Muppet Movie.
You may not know this, but there are many people who are passionate about Jim Henson.  He was a passionate, compassionate man and I think it shows in his work.  Whenever I watch a documentary on his life, I always cry at the end.  I also cry at the end of "Alfie, the Christmas Tree" on the Muppet Album with John Denver, which is slightly embarrassing, but I know for a fact that I am not the only one.  I cried a little at the end of The Muppet Movie-I forgot how beautiful the rainbow scene is.
It was cool though-I was by myself and yet I was not, because I was with all of these people who were also incredibly passionate about Jim Henson and lovers of The Muppets. 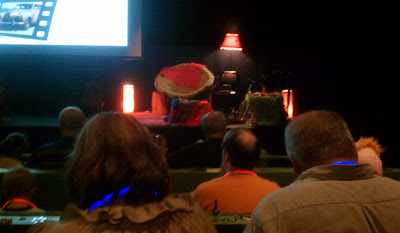 (Heather Henson and Davey Rocker had a living room-like set on the side of the stage.)

(Not a very clear picture, but here you can see the museum employees, Henson, and Rocker working up the crowd.  Animal was lounging on the right.) 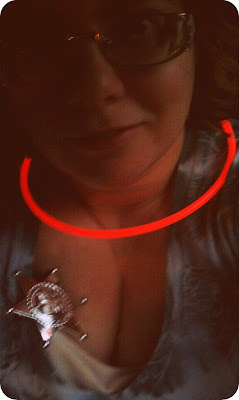 (We all got glow necklaces, which were fun.  The police badge was pulled out "when Kermit says, "Motorcycle cop." We were supposed to, "Join the fuzz and help pull over the Electric Mayhem bus.")

I am so glad that I worked through my anxiety and went anyway, because it allowed me to feel confidant enough to go to another fabulous event two months later: Crystal Bright and the Silver Hands.

Crystal Bright and the Silver Hands is a band that I fell in love with last year at DragonCon.  Her music reminds me of Danny Elfman-quirky, mysterious, and usually in a minor key.  I got an invitation to attend a house party in early December where she would be performing, because I'm on her mailing list.  The price was right, and the venue sounded great, because it was only for a small, intimate experience, but it was going to be very risky, because it was at a person's house whom I didn't know and I wasn't able to get anyone to go with me.  BUT I put on my big girl leggings and went anyway.  My identity and excitement as a hip follower of Crystal Bright was strong enough to carry me past my anxiety.  Besides, I had an exit strategy-I would only stay for the concert and I had a friend I would call if I got too anxious and needed some relief.

Look at me all cute: 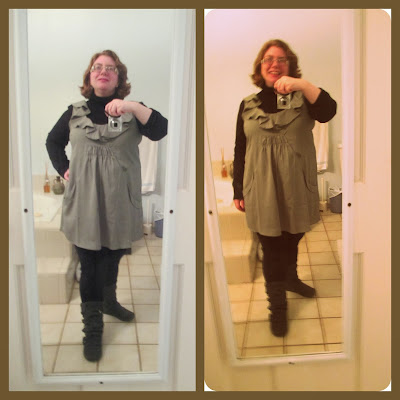 (The dress has pockets!!!)  And oh! I am so glad I went!  When I got to the house, which was really more like a mansion, and I saw all of the eclectic weirdos there, I breathed a sigh of relief-"these are my people," I thought.  It was just like being at DragonCon!  I remember thinking to myself, "I am breathing in happiness!"  I was able to grow mightily that night, as I surrendered my soul to the moment and enjoyed the night.  And enjoy it I did.  There was a burlesque show and then Crystal Bright sang: 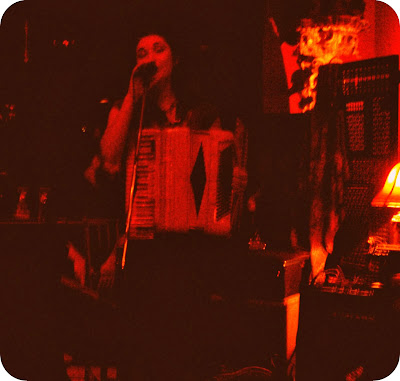 She plays the accordian, the piano, even the saw!  She has a gorgeous voice and would tell us the origins behind every song.  I was able to speak to her after the concert and she even said that she recognized my face from when she had played at DragonCon, which gave me a little thrill.

During the intermission, we watched a woman put on a fire show. 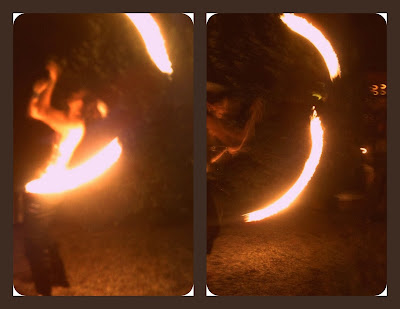 She danced and twirled and as I look at the pictures, the words that comes back to me are strength and freedom-I am strong, because I am no longer sucking energy out of people by codependently over-relying on people and freedom, because by not needing people to be with me quite as much I now have more opportunities to go out and enjoy the world.

I wish that this world was not so traumatic and that a woman going to an event alone was not so often set up as something so dangerous.  Of course, one should be mindful of one's surroundings and one should have an exit plan and have a way to contact someone if the need arises, but it is time for women to look our fears face forward and go out alone if no one will go out with us.  I refuse to let my mental illness win and I refuse to let the patriarchy win also.  I know that I will still struggle with feelings of abandonment from time to time, but I am stronger than those feelings.  I am strong and I am free!

I'm so sorry that I made you cry. I know it's not Christmas anymore, but still, here's all the happy, Christymas-y blubs.

What Is This Article?

Setting aside the false distinction between "online life" and "real life," any person can draw whatever lines they like about who has access to them, in what space. Plenty of people, myself among them, give access to online readerships to certain parts of our lives, some of them incredibly intimate, while wanting to retain privacy in offline life.

One comment on “In 2013, I Learned There is Strength and Freedom in Being Alone”