Is Rise of The Guardians a Racist Movie?

**It has come to my attention that several of the characters are actually aliens, including the bad guy.  Some people are of the opinion that this makes the movie not racist.  I still stand behind my opinion that there should be more people of color represented in the movie and in children's movies, in general.  I still think that if there is an evil character that is represented by darkness, then there should definitely be some good characters who are dark-skinned too.  I still believe that always positing darkness as evil is racist.  But I did concede that perhaps the fact that some of the characters are aliens does change some of the racist overtones that I see from the advertisements, and so I changed the title of this blog post from a statement to a question.  What do you think?**
Here are pictures of the good guys and the bad guy from the new children's DreamWorks' movie, Rise of The Guardians.  Look at both pictures and see if you can tell me what the problem is!
Good Guys: 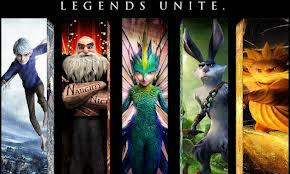 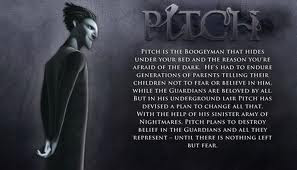 If you guessed that the problem is that only the bad guy is a person of color, then you would be correct!  This trope is so tired-so often the only people who are of color in a movie or a book are the characters that we're supposed to hate and when these images are used over and over again, the message that gets internalized is that Black people - or any other people of color - are evil.  Now, I get it, "darkness" is inherently scary; people are naturally afraid of shadows, you say.  To this I say that it is not exactly "darkness" that people are afraid of, but rather the unknown.  There is a potential for violence that is scary, because it is unseen, but I would argue that this is more a product of our culture, than of darkness, itself.  If darkness, itself, was so scary, then blind people would be forever paralyzed by fear, but that is not the case.

It almost seems that the makers of this movie have gone out of their to enforce the idea of whiteness being always the good guy, because there are so many obvious choices for characters of color.  This is an animated movie, as such the creators are not bound by normal laws of nature, meaning the animators can create a character to look however they want.  They don't even have to follow normal skin colors - why not make all of the tooth fairy green and blue and yellow? Why not make the elves red?  I can see why Jack Frost would need to be White - he is, after all the maker of frost, which is a white substance, but I do not see the need for any of the other characters.  I guess you could say that Santa Claus should be White, as that is how he is traditionally seen, and yet it is not unheard of to have a Santa of color. 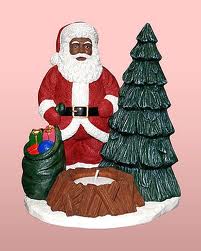 So saying that you need Jack Frost and Santa Claus to be White, which is not what I am saying, you still have the Tooth Fairy and the Sandman.  These two characters do not have a standard representation and so they could easily be any race that the creator chooses.  In fact, the animators were pretty creative in making the tooth fairy birdlike, so what I want to know is why did they stop drawing her colored feathers?  She is covered in blue, green, and yellow feathers and yet when it comes to the skin on her hands and face, she is White.  Frankly, I don't think that even makes sense.  And then there's the Sandman, who is White with a golden glow.  The elves also are all White, at least as far as I can tell from the previews.  I don't like the idea of only the helpers being the people of color, but it'd be a step up from nothing.

It is racist to categorize White as good and Black as bad.  If you are going to have a Black character be the bad guy, then you need to have at least one good guy be of color too.  In this day and age, I feel like we as a society should be above these simplistic characterizations, but obviously we are not.  We need to add more diversity to our pop culture and it needs to start with children's programming.  The point was illustrated way back in 1954 with the Clark doll experiment.  Kids were presented with two dolls - one White and the other Brown - and were asked which one was "nicer" and which one they would rather play with.  The White doll won back then and it won again in 2006.  If we do not want there to be internalized racism in our children and for White supremacy to still rule, then we must start with the images that we show our children.  Would it have killed the makers of The Rise of The Guardians to have included a Black, Brown, Red, or Yellow guardian?  No, of course not.  Would it have been one more step towards a more equal and loving society?  As simple as it sounds, yes. 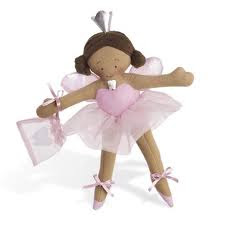 This aint livin’ - BE INSPIRED BY WHAT PEOPLE DO, NOT BY ASPECTS OF THEIR IDENTITY

As soon as you start reducing disabled people to their impairments and their accomplishments to something in the background that has to be viewed through the lens of impairment rather than as something that stands alone, you start patronising people with disabilities. You remind us that many people seem to think we exist for your inspiration, not to live our lives. And when you tell people that they’re inspirational just for being alive and performing basic tasks, there’s an implication that you think of them as less than human;
Shakesville – An Important Note About Rape Culture
there are two kinds of rapists, and the distinction is not, as the GMP and other rape apologists would have us believe, rapists who intend to rape and rapists who rape accidentally whoooooooops, but is in fact sadistic rapists, for whom the lack of a victim's pleasure isn't a bug but a feature, and opportunistic rapists, who are primarily sex-seeking rapists who coerce victims and/or exploit lack of consent by virtue of their victims having borderline or overtly impaired states of consciousness. One type of rapist is not less worse than the other.
Hello TOTKO: “I’m an autistic person, not a killer.”
When it comes to accusations that people with Autism are violent, my mind boggles.  It’s like saying “I got a splinter from a red pencil, therefore all red pencils will give me splinters.”  It’s completely unrelated.

One comment on “Is Rise of The Guardians a Racist Movie?”