I absolutely love Carolyn Turgeon's writing-her trademark is taking fairy tales and then twisting them.  She makes them real and intensely relatable.  Her way with words and with imagery is just magical.As I was reading the book, Godmother, I found myself underlining passage by passage, as I related to the feelings of loneliness, lost beauty, and redemption. 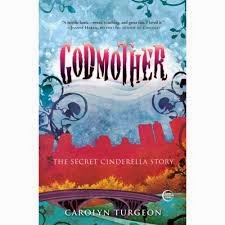 Here are some passages on loneliness and hardship: 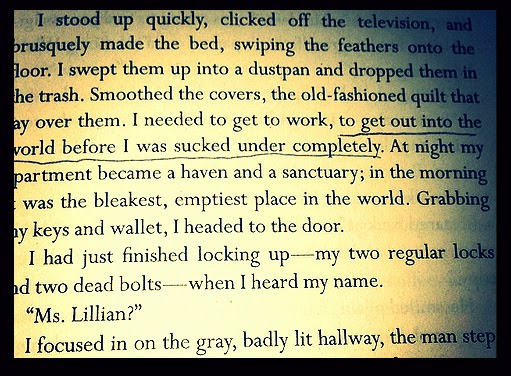 (I needed to get to work, to get out into the world before I was sucked under completely.) 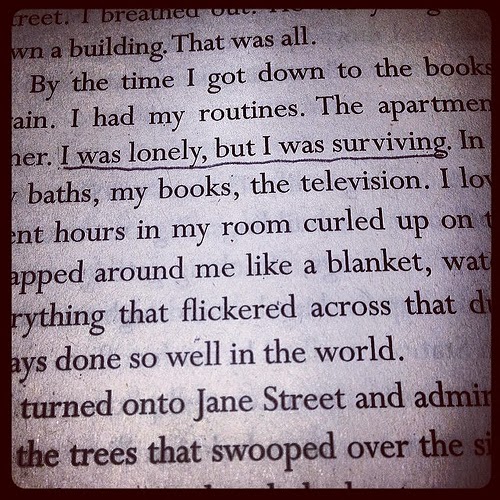 (I was lonely, but I was surviving.)
Beauty - Artificial: 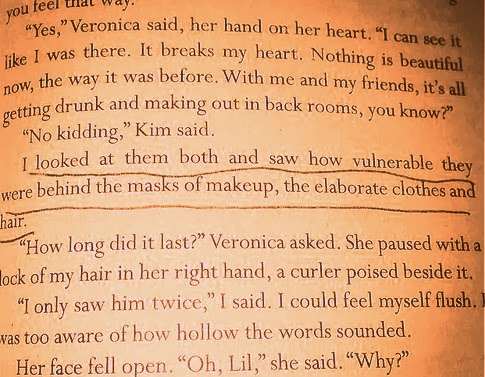 (I looked at them both and saw how vulnerable they were behind the masks of makeup, the elaborate clothes and hair.)
Beauty: Lost 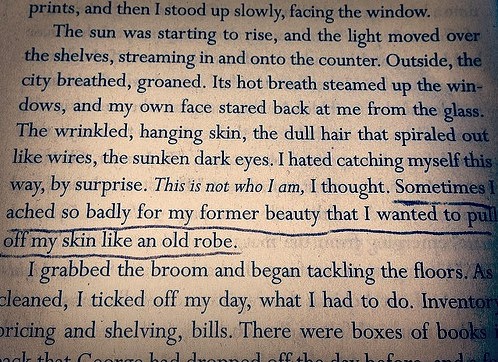 (This is not who I am, I thought.  Sometimes I ached so badly for my former beauty that I wanted to pull off my skin like an old robe. - How sad that this is the passage that most resonates for me.) 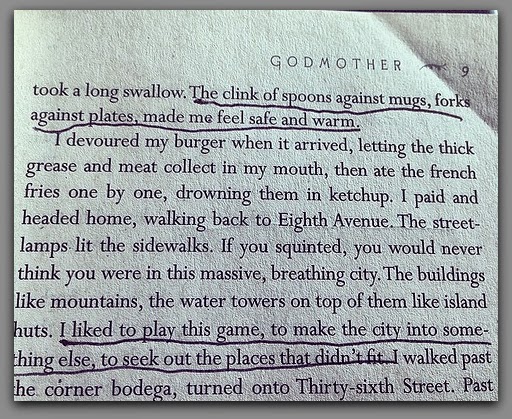 (The clink of spoons against mugs, forks against plates, made me feel safe and warm...I liked to play this game, to make the city into something else, to seek out the places that didn't fit.) 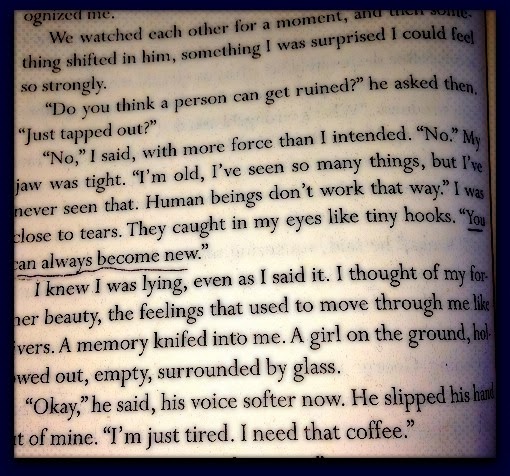 (You can always become new.) 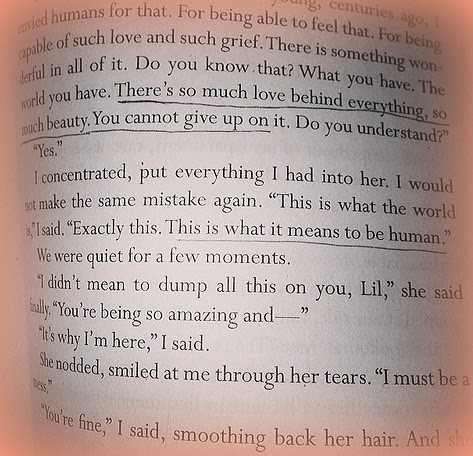 (There's so much love behind everything, so much beauty.  You cannot give up on it...This is what it means to be human.") 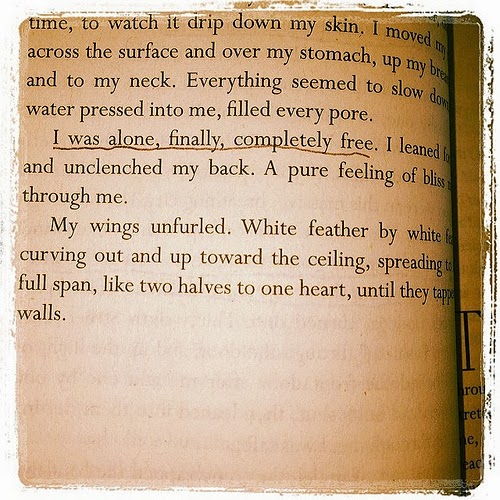 Beautiful, yet lazy writing. For a book that is centered around redemption, it is such a letdown that the main character, Lil, is not allowed to have some herself. I suppose one could say that the other two characters getting to know each other and getting to care about the old lady is a type of redemption, but it's a piss poor substitution.

It is not okay to live through other people anymore.  I suppose one could take that as the lesson from the book: Lil lived her life as a nobody and she thought her only purpose was to protect someone very dear to her, which she failed to do and the consequence of completely living one's life for others is that eventually the soul will wither and vanish and one will likely kill one's self or will die a quiet death unnoticed.

However, that lesson is not enough to make this a feminist book! (Or even a book worth reading at all, in my opinion.)

Lil kills herself with a lot of melodrama and even with some glamour, I would say, and that is not acceptable.

I want an empowering story and with all the beautiful and truth-filled passages about love, friendship, and redemption, I really thought that the main character was going to get the help that she needed-that she would experience her own redemption.  Maybe it would not be fairy-tale, maybe her match-making skills would not be validated-maybe they would show her the true values of friendship instead, but no-in the end, suicide won; in the end, her redemption was found by killing herself and I find that to be an abhorrent and completely unacceptable thought!

It's not that I deny that that sometimes happens in life-sometimes people in really awful circumstances kill themselves and one can then say to comfort themselves, "well, at least they have peace now from their troubles," but the fact remains that for most of these people if they had stayed alive, the opportunity for a living redemption would still have been available.  My Godde is a Godde who gives us second chances to infinity and when all options seem exhausted She is still showing us different ways of being and choosing.

The ending is presented as Lil finding peace and forgiveness through suicide, which raises a whole bunch of deep ethical questions-questions that I would love to explore and talk about as someone who has thought quite a bit about death and suicide in the past, BUT NOT in a glamorous, encouraging way.

My new mantra has become, "the words we use matter," lately and if that is true, then it is also true that the images we use and watch matter too.  I would not have minded so much if Lil had killed herself, even if it showed that she was doing it to gain a feeling of peace-if it had also showed the further complexity of the situation; what were the complete consequences of her actions and how exactly are we all interconnected?  One of the book's main themes is the interconnectedness of people and yet the ending image is simply that of Lil alone releasing herself into the water, leaving out everybody else, which I feel is completely lazy and untrue to the telling of the majority of the story.

I feel betrayed.  I am very angry at this book for being so beautifully written and yet being so lazy at the same time.  It suffers under the Florence and The Machine's problem of romancing suicide (in her song, What The Water Gave Me).  I have sworn not to buy any more of Florence's music, but I already have all of Turgeon's books-Christmas presents!-and her books are so beautifully written that I want to give her another chance, but I am not happy.

Fortunately, I am enjoying the book I am reading right now...most of the time.  On topics of religion and disability, it can be a little trigger-happy, but so far, I recommend it. 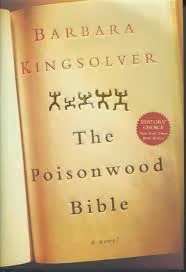