[Trigger Warning: Discussion of Rape, the Effects of the Patriarchy, and Spiritual Abuse]

I read the Bible, but verrrryyyy slowlllly, as I am horrible at keeping any type of routine. Chapter 19 of Judges, tells a horrific story and at the end, it even admonishes us to, "Take this to heart, discuss it; then speak up." And yet, I had never heard the story before! My guess is because the story is so horrible, that people do not want to talk about it. It certainly is not the kind of story that you're going to teach to young children in Sunday school. And yet, I believe, it is precisely because the story is so horrible that it should be taught. Horror should be allowed the chance to become something with redemptive value, instead of continuing to inspire fear and yet this has not happened. I haven't even heard this story in my own church, which being a feminist community, is a more likely place to have commentary on this female-centered story. I am a little disappointed in that, but I know it's because our church uses the revised common lectionary and I am sure that the lectionary does not include these scriptures-I mean, who wants to preach about a concubine being raped and dismembered? And so, I am going to tell the story here. I am not really qualified to give a great analysis, but fortunately my Inclusive Bible provides some excellent feminist commentary by Phyllis Trible from her book, Texts of Terror. Here is Chapter 19 from the Inclusive Bible, with the footnotes added in.

In those days, when Israel was without a ruler, there was a man, a Levite who lived in a remote area of the hill country of Ephraim. The Levite took for himself a woman, a concubine from Bethlehem in Judah.* But she left him in a fit of anger and went back to her father's home.

*This introduces one of the most horrific stories in the Bible. But, as Phyllis Trible says so powerfully in her book Texts of Terror, "The betrayal, rape, torture, murder, and dismemberment of an unnamed woman is a story we want to forget but are commanded to speak. It depicts the horrors of male power, brutality, and triumphalism; of female helplessnes, abuse, and annihilation. To hear this story is to inhabit a world of unrelenting terror that refuses to let us pass by on the other side." Concubines were usually house servants who had all of the responsibilitiies of a wife with none of the rights or priveleges; poverty usually forced women into such arrangements, and here the Levite clearly treats her as property.

After four months the Levite set out with an attendant and two donkeys, went after her, attempting to speak to her heart and bring her back. She invited him into her home, and her father gladly welcomed him. His father-in-law, the father of the young woman, prevailed upon him to stay, so the Levite stayed for three days; they ate and drank and spent the nights there. On the fourth day, the guests rose early and the Levite prepared to leave. But the father suggested, "Have some food for the journey, and then you can leave." So they sat down and feasted together. The young woman's father said to the Levite,"Please stay another night, and enjoy yourself." The Levite rose to leave, but his father-in-law kept urging him to stay, so he stayed one more night, eating and drinking.**

**Note the focus is on the power struggle between the two men, while totally ignoring the woman. "Unlike her father," says Trible, "the daughter has no speech; unlike her master, the concubine has no power. A journey 'to speak to her heart' has become a visit to engage male hearts, with no speech to her at all."

They rose early on the fifth day to leave, but the young woman's father said, "Just gather your strength for the journey and have something to eat," so they stayed on and dined until late afternoon. Then the man, his concubine, and his attendant started to leave, but his father-in-law, the young woman's father, insisted, "It will soon be evening. Do stay one more night. Look, the day is almost over-spend the night here and enjoy yourself. You can get an early start on your journey tomorrow." But the Levite refused to stay for the night. He set off with a pair of saddled donkeys, the concubine and an attendant, until they came within sight of Jebus-that is, Jerusalem. As they approached Jebus at dusk, the attendant asked the Levite, "Please let us stop in this Jebusite town and spend the night there." "No," he said to his attendant, "we don't enter towns of foreigners, of non-Israelites. We will head for Gibeah. Come on, we'll try to reach either Gibeah or Ramah and spend the night there." [14-21 An old man decides to take them in and provide hospitality for the night.] As they enjoyed their mutual company some local degenerates showed up, surrounded the house and started pouding on the door. They shouted to the old man, "Bring out the man, we want to have sex with him."***

Literally, "to know," which is often a euphemism for intercourse-in this case, they want to rape and sexually humiliate him. Men in many anciet near eastern cultures raped male strangers, trespassers, and their conquered enemies to indicate their subordinate status; essentially, they want to "turn them into women," graphically demonstrating the abased status of women in those societies.

The owner of the house went out to remonstrate with them: "My brothers, don't commit such a wrong! He is my guest, and he falls under my protection, so don't commit this vile thing. Look here is my daughter, a virgin-and here is his concubine. I'll bring them out to you. Violate them, do to them whatever is good in your eyes. But to this man don't do such a vile thing." When the men refused to listen to them, the Levite grabbed his concubine and pushed her outside. They took her away and raped her repeatedly all night long until morning, letting her go only when dawn was breaking. At daybreak she came to the house of the old man and collapsed at his door and lay there until morning. When the Levite woke up at daybreak and opened the door to start his journey home, there lay his concubine, at the entrance of the house, with her hands on the threshold. "Get up," he said to her, "it's time to leave." But there was no answer. So he placed her on a donkey and set out for home. When he arrived home he picked up the knife, took hold of his concubine, cut her limb from limb to limb into twelve pieces,**** and sent them throughout all of Israel. He instructed his messengers, "Say this to all the Israelites: 'Has anything like this been done from the time the Israelites came out of Egypt until now? Take this to heart, discuss it; then speak up.'"*****

****Trible notes that "If done to a man, such an act is a vile thing; if done to women, it is 'the good' in the eyes of men...Conflict among [males]can be solved by the sacrifice of females."

Literally, And all who saw it cried out, "Nothing like this has ever been done or been seen since the Israelites came out of Egypt until now."******

******One last comment from Phyllis Trible's peerless analysis: "Of all the characters in scripture, she is the least. Appearing at the beginning and close of a story that rapes her, she is alone in a world of her own. Neither the other characters nor the narrator recognizes her humanity. She is property, object, tool, and literary device. Without name, speech, or power, she has no friends to aid her in life or mourn her in death. Passing her back and forth among themsleves, the men of Israel have obliterated her totally....In the end, she is no more than the oxen that Saul will later cut in pieces and send throughout all the territory of Israel as a call to war (1 Samuel 117)." Perhaps we should heed the Levite's command: "Take this to heart, discuss it; then speak up."

The woman who was a concubine was sacrificed for men and so her sacrifice was deemed good.  This happens a lot in the Bible and in our society still.  I think it is time for us to finally "speak up" and say that we are not going to sacrifice ourselves for men anymore.  Our bodies and our minds are just as valuable as any man's and it is time for us to speak up and stand up for our rights! 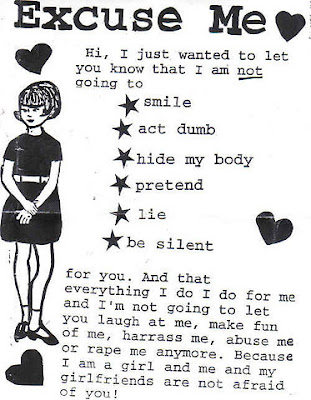