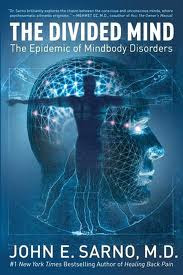 The Divided Mind: The Epidemic of Mindbody Disorders by John E. Sarno – My psychiatrist wanted me to read this book and we’re going to discuss it the next time I see him. I think it’s pretty cool that I have a doctor who will discuss books with me. I read the whole book, although I really would have been fine reading the first and last chapters. The author is a doctor who believes that fibromyalgia and a host of other painful disorders are actually a disorder called tension myositis syndrome (TMS), which is caused by oxygen deprivation to the circulatory system. He posits that the brain sends the impulse to deprive oxygen to key places in the circulatory system, which causes tender points and other pain, so that one will focus on one’s physical pain and not on their subconscious rage. I liked that even though Dr. Sarno believes that fibromyalgia is a psychosomatic illness, he believes the pain is real. It was the first time that I heard the word “psychosomatic” and not come away feeling dismissed. Dr. Sarno claims that a lot of people with pain disorders are able to live a life mostly free from physical pain just by becoming educated about the nature of their pain and by reviewing what things may be causing their subconscious rage. The idea that subconscious rage might be causing me physical pain is an easy thing for me to believe-I already know that I host an army of subconscious rage. I have known that fact ever since I realized that constantly repressing angry feelings is still a problem way back in 2005. Has my pain gone away yet? No and to be honest, I am a little afraid that it never will. My faith that I will be able to heal myself is not very strong yet. But Dr. Sarno says that education is not always enough and he also tells his patients to write about all the things that might be making their subconscious angry every day. The point of the physical pain is to take away one’s focus from their potential emotional pain. He wants me to prove to my brain that I can handle my emotional pain, so that it will stop sending me physical pain. I know this all sounds new age-y and I feel sort of embarrassed to admit that I believe it, but I figure what harm can it cause? I haven’t started writing about my rage yet, but I plan to start soon. I figure that even if it doesn’t cure my fibromyalgia, at the very least it will make me more self-aware and there’s certainly no harm in that. 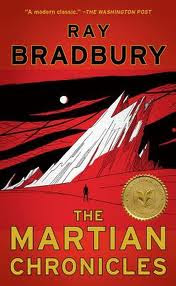 The Martian Chronicles by Ray Bradbury – This was the book my classics book club picked out to read and it was a frustrating read. We picked it out since the author died not long ago-June 5, 2012. The book was frustrating, because there was not one positive female character. Every single female character was extremely passive and weak. The only female character that showed any initiative was shown scores and scores of fat hate-basically, only she and one man was left on Mars and because she was fat, the man didn’t want anything to do with her. The reader is left with the message that even if it means a life of solitude, it is better to be alone for eternity than to marry someone who is fat. There were African Americans in the book and it was sort of nice that they were able to give their racist, white neighbors their comeuppance, but still I was disappointed. None of the African Americans in the story had any kind of upper level job or living situation. There was one astronaut with Native American heritage. It’s like Bradbury could imagine people living on Mars, but he could not imagine American life changing in any other way in the future. I know that our society is still racist and sexist, but gains have been made and for a science fiction writer to think that society will not change is awfully shortsighted. I wouldn’t mind it if the future was substantially worse sexually and racially, but for it to remain the same? Just ugh. I know the book was written in the 1940s, but to me, that is no excuse. Even Shakespeare, who wrote in the sixteenth centuries had stronger female characters than Bradbury’s. If you are looking for strong female characters or any strong minority characters, then do not bother reading this book.

When You Reach Me by Rebecca Stead – This is a short, excellent read! It’s promoted as a children’s book, but everyone in my family read it and we all loved it. It won the Newberry Medal in 2010. It’s a story that follows the pre-teen girl, Miranda, in New York City. Miranda is obsessed with Madeleine L’Engle’s classic children’s book, A Wrinkle in Time, which made me nostalgic, as I was obsessed with that book too when I was Miranda’s age! (By the way, this year is the fiftieth year anniversary of A Wrinkle in Time!) This is a science fiction book that sneaks up on you; it isn’t until the end that you realize why the book is categorized as science fiction. I loved the surprise ending, but don’t worry, I won’t give it away. The book has a message of tolerance towards those who are different than you-troubled kids, the poor, the homeless-that I really liked. The book also teaches lessons about what real friendship is about and about how to be kind. Better yet, the book does all this without being preachy in the slightest. Although the book is a quick read, it is very deep and I would say it is for mature pre-teens on up. It was my favorite book of July. 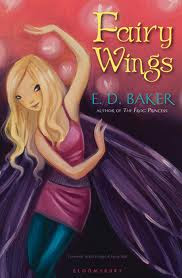 Fairy Wings by E.D. Baker – This is the book that the young woman I work with picked out and this time she had good taste! This book was written by the same author who wrote The Frog Princess. I was only lukewarm towards that book, so I wasn’t really looking forward to reading Fairy Wings, but I was pleasantly surprised-this was my second favorite book for the month! The story is about a teenage girl named Tamisin, who wakes up one day to discover that she has wings! I thought the premise was very original and so was the fey world that she travels to with her new friend, Jak. It is in this world that Tamisin discovers the truth about her identity and her power. I love how Jak and Tamisin work together to solve their problems and I also love that Tamisin saves Jak on at least one occasion-a refreshing change from the usual boy-saves-girl meme. It turns out that Fairy Wings is the first book in a series of books about Tamisin and I would like to read them all.

Books I Am Currently Reading: 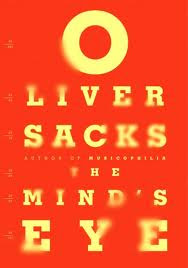 The Mind’s Eye by Oliver Sacks 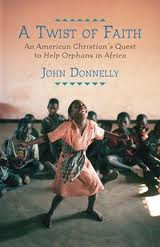 A Twist of Faith: An American Christian’s Quest to Help Orphans in Africa by John Donnelly 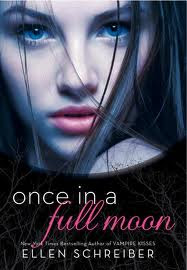