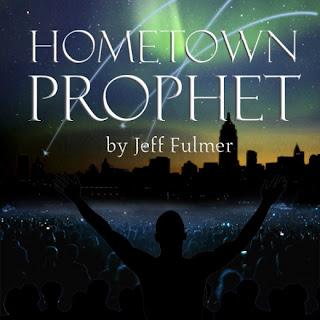 Hometown Prophet by Jeff Fulmer - I already reviewed this book earlier last month. I give the book about three and a half stars. 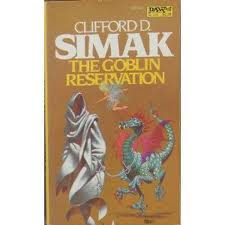 The Goblin Reservation by Clifford D. Simak - I actually read this a couple of months ago, but for some reason I forgot to review it at the time!  This book was a fun read, with very likeable characters.  It was written in 1968 and yet it really did not seem that dated.  In fact, I found out that it was a Hugo Award nominee in 1969!  I loved the concept that in the future, Earth is now a University Planet, or a planet dedicated to learning.  It has reservations where different supernatural creatures like fairies, goblins, and ghosts, live and are studied.  My favorite character is probably Alley Oop, the educated Neanderthal.  I also like that there is a smart and strong female character, who was not being used simply as a sexual object-a rarity in a science fiction book from the sixties.  After being used to the apocalyptic nature of most of Octavia E. Butler's work, it was refreshing to read a science fiction work that was more optimistic in nature.  I had never heard of Simak before reading this book, but it turns out that he was a classic science fiction writer (named the Third Grand Master by the Science Fiction and Fantasy Writers of America, in fact!) and I would love to read more of his works. 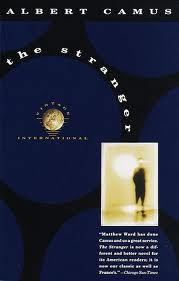 The Stranger by Albert Camus - I read this short book for my classics book club.  The original book was written in French.   I had a lot of trouble caring about the protagonist for the majority of the book, because he goes through life with a laissez-faire attitude that can be maddening.  The book is supposed to be a prime example of existentialism, although Camus claimed to not be an existentialist.  The book employs many out-of-the-mainstream philosophies likes absurdism and nihilism.  I absolutely adore reading absurdist literature (Waiting for Godot is my favorite play!), but I really noticed the nihilistic features the most.  The book definitely had some absurd characters that I felt were probably satires on what most people would say is important in life, like the proselytizing police detective.  Nihilists believe that nothing in life really matters, but perhaps what the main character, Meursault, comes to know and teach us is that nothing matters except for what we do in this moment of time, right now.  At least, that is probably the most optimistic way of reading this book.  While I felt apathetic about Meursault's story for most of the book, by the end, I was wanting to reread it, so that I could have a better understanding of seemingly something great, which I consider to be an accomplishment-I haven't wanted to reread a book in a while!  This book, although deep, was clearly and simplistically written, which I very much appreciated.  By the way, it should be noted that Albert Camus won the Nobel Prize for Literature in 1957.
I am currently reading: 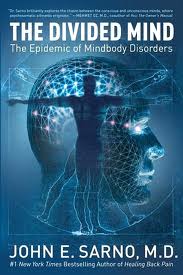 The Divided Mind: The Epidemic of Mindbody Disorders by John E. Sarno
AND 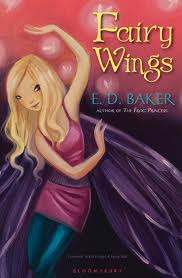 The Fat Nutritionist – A Little 101 – I Get to Exist
Weight is not a behaviour; it is a physical trait. You don’t get to decide that people with certain physical traits don’t get to exist, no matter how distasteful you may find them.
And despite popular belief, you cannot presume to know a person’s behaviour based solely on their weight.

I cannot speak to whether this dynamic exists between male friends, but among female friends—especially straight female friends—there can exist a very destructive dynamic in which thin women who endeavor to play by the rules of the Patriarchy and hew closely to its kyriarchal Beauty Standard are deeply aggrieved when fat friends achieve some level of professional or personal success that they have not.

It's ugly, but understandable—the Patriarchy promises them that they will be rewarded for compliance, and when it is instead their fat, hairy-legged, feminist friend who's got the great job and the great husband (or whatever), that is perceived as a grave injustice, particularly when fatness is coded as "letting oneself go" and noncompliance with feminine beauty ideals is coded as "laziness," while keeping fit and stylish and pretty is considered hard work, and costly at that.

It's not jealousy (for which it is frequently mistaken). It's anger.

A fatsronaut friend's success, when their contentment remains elusive, is bitterly regarded as evidence of a bad return on their investment.

A Human Story - Rio+20Agreement Fails Women, and the World

It is impossible to separate women’s human rights, which include reproductive rights from sustainable development. It is impossible to reduce maternal mortality and morbidity (one of the five millennium development goals) without thinking about abortion and contraception. Not being able to control the timing and spacing of children has a massive impact on a mothers body. Many pregnancies close together increase the chance of complications, and tax the ability of the mother to recover properly. Conditions such as obstetric fistula are often completely debilitating for women and end their ability to participate in community life. […]  Failure to recognise reproductive rights as women’s human rights simply results in more dead women, as illegal abortions have a higher mortality rate due to unsafe practices. According to World Health Organisation statistics around 68,000 women die from unsafe abortions every year, and many many more are injured, often permanently. 97% of unsafe abortions happen in nations where abortion is highly restricted or illegal.

Claudia Gray’s Blog - “I’m not like the other girls.”

It saddens me to see girls proudly declaring they’re not like other girls – especially when it’s 41,000 girls saying it in a chorus, never recognizing the contradiction. It’s taking a form of contempt for women – even a hatred for women – and internalizing it by saying, Yes, those girls are awful, but I’m special, I’m not like that, instead of stepping back and saying, This is a lie.[…]  The real meaning of “I’m not like the other girls” is, I think, “I’m not the media’s image of what girls should be.” Well, very, very few of us are. Pop culture wants to tell us that we’re all shallow, backstabbing, appearance-obsessed shopaholics without a thought in our heads beyond cute boys and cuter handbags. It’s a lie – a flat-out lie – and we need to recognize it and say so instead of accepting that judgment as true for other girls, but not for you.

quiteirregular - Flirting With The Voters, or, “Sex, Talk and Politics”
Describing politics in terms of sexual relationships exerts a pressure in the other direction as well: it frames sexual relationships as a bit like politics.  It encourages the idea that sex and power are roughly interchangeable, that all sexual relationships are about the attempt to amass and exert power.  When voters are said to be “flirting with” candidates before “settling down”, it presents the relationship as one person making promises they may not intend to keep, in order to persuade the other person to surrender control over their life.