Living In The Moment

Living in the moment has always been excruciatingly hard for me, but very slowly, I am beginning to have glimpses of moments where I am happy to be only where I currently am. Last Thursday I had two such moments. The first one was when I was at the local dog park. The day was absolutely beautiful-the first sunshiny day in a very long time. Even our dog was happy! There were a lot of people with their dogs at the park and Georgia, our dog, who usually does not play, ran with several other dogs. She is a rescue beagle and did not learn how to do many typical "dog" things, even though she is eight years old, so to see her running and enjoying herself with the other dogs really made me feel good. 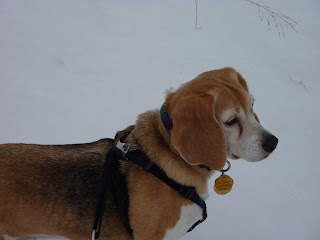 Then on the way home, the girl that I'm working with told me that she was glad that her mom had hired me and I was just filled with an overwhelming sense of "right where I am, is where I am supposed to be." (Which, by the way, are also the words in a Dave Matthews Band song...) It was a powerful feeling. Later, as I was driving home from my AfterCare group, I received the feeling again. It was beautiful!

Being able to feel right in the moment gave me hope. People at my AfterCare group like to say that "When you think life can't get worse, it does, but when you think it can't get better, it does that too." So I am hopeful that life can get better and that I can feel "in the moment" more and more often, because I think that is what we are called to be. If we trust in The Holy One, then we should not be living for or in tomorrow, but damn it, that can be REALLY hard! But the truth of the matter is that I could die tomorrow-all we really have is today, so we should be grateful and joyous in this exact moment. My hope for my readers is that they are blessed with those same feelings sometime soon.

2 comments on “Living In The Moment”