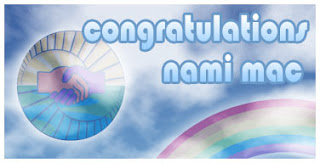 No, the name of the award is not a slur.

The award recognized NAMI’s leadership in helping to "make it safe": for the LGBT community "to be proud and diverse" in addressing mental health needs.

The Multicultural Action Center mission includes public education to decrease stigma. In many respects, the Fruit n’ Nut award is a statement of pride that stands stigma on its head and unifies the LGBT and mental health consumer communities.

The award was first presented in 2007 to Bert Coffman of the Zappolarti Society, which runs a weekly LGBT peer support and recovery group in New York City.

Coffman presented the award to the center’s director Majose Carrasco and coordinator Marin Swesey. He specifically cited NAMI’s creation of the center in 2002 to eliminate disparities in mental health care among diverse communities and the organization in 2007 of the GLBT Leaders Group.

With the GLBT Leaders Group, the center has set a course for education and advocacy, including “outstanding products” such as Mental Health Recovery and Community Integration Guide for GLBTQI Individuals and its companion publication, GLBTQI Mental Health: Recommendations for Policies and Services.

In presenting the award, Coffman stood in for Mark Davis, a member of the GLBT Leaders group, who like too many people in recent weeks, was side-lined at home with the flu. Davis himself recently received a Voice Award from the U.S. Substance Abuse and Mental Health Services Administration (SAMHSA).
***********************************
I think it is really great that my organization won this award! When I first joined NAMI, one of the reasons why I was nervous is because I am "out" about being bisexual and I was afraid that I might experience some stigma due to this, but I did not. In fact, to my surprise I was not the only queer person in attendance! I am very proud to say that I have never experienced any stigma or even weirdness due to my sexual identity. I told a fellow NAMI member about how excited I was that NAMI got this award and she said, "Of course, people that are marginalized due to mental illness are going to be accepting of everybody..." It is true that people that are in recovery are more accepting of other people, because they are aware of their own struggles and so know that it would be a foolhardy thing to judge another. Still, I was suprised at just how open everyone was and continues to be. When I read about the award, I knew that it would be what I would write about in our next newsletter. I am out and am proud of NAMI!