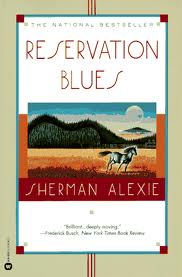 Reservation Blues by Sherman Alexie - I first heard about this book when I was studying contemporary poetry in college, as Alexie was a poet before also becoming a novelist.  I meant to read the book then, but I soon forgot.  Last year, a friend of mine recommended the book to me, which reminded me that I had originally wanted to read it years ago.  I wish I hadn't forgotten!  This book was really good!  In fact, I think it has the makings of a modern classic and I immediately put his other two works of fiction on my Christmas list.  Alexie speaks from an American Indian viewpoint, which is one that is sadly underrepresented in our culture.  It is a story about an Indian rock group called Coyote Springs.  The book talks about the hardships that American Indians face: the extreme poverty, alcoholism, mental illness, abuse, race relations, lack of resources, education, and hope, and yet the story is not one of extreme gloom.  Ultimately, the story offers beauty amidst desolation, hope where common sense says there should be despair, and a humor that offers healing.  One of the best things about the writing was the rich descriptions.  Alexie has a way of describing things that is unexpected and reminds one that he was originally a poet.  He provides very inventive descriptions and metaphors, that although they may seem like an unusual way of describing things, never seem out of place.  I greatly recommend this book and look forward to reading more of his works. 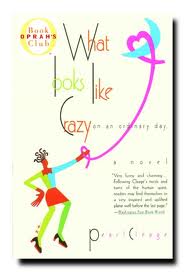 What Looks Like Crazy On An Ordinary Day by Pearl Cleage - I reread this for my feminist book club.  I first read it in 2010 and I reviewed it here.  I highly recommend it and now I really want to read more of Cleage's works. 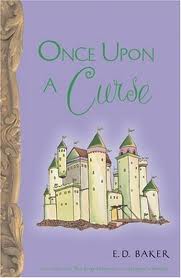 Once Upon A Curse by E.D. Baker - I am beginning to like Baker's books more than I used to, which is good, because the young woman that I work with loves them.  I thought this book was very cute, with interesting characters.  Of course, it's pretty obvious from the beginning that the curse on Emma's family is going to somehow be cured in this book, so I appreciated that at least the way that it was unbroken was not obvious.  In fact, the cure was really quite romantic and not in a cheesy way.  I am not an overly romantic person, so if I like a romantic ending, then I like to think that it was then written really well.  I enjoyed reading this book with Chrissy and wish we were reading another one of Baker's books, because the next book she has picked is another one of the dreaded Vampire Kisses novels. 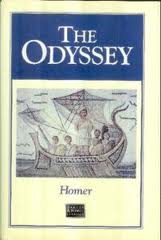 The Odyssey translated by Samuel Butler 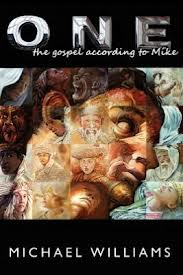 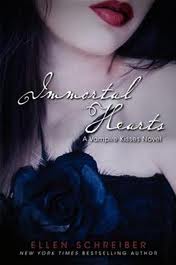