One: The Gospel According to Mike - Another Book Review

The company, Speakeasy, is having me review another one of their books: 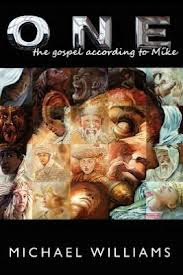 Unfortunately, mine isn't a favorable review.  I'm finding a common theme in that many of the spiritual books I am getting are written in a very eager style.  I suppose they're supposed to come off as passionate, but to me, they just seem annoying and a bit unprofessional.  This book's author is so eager to share his version of the good news - which does not seem all that good to me! - that half of the book seems to just be about how happy he is and not on the facts.  I just want to shake his editor!

The book is touted as a very progressive book, which makes me feel like an oddball, because the book still isn't progressive enough for me.  I'm finding most of these books aren't, in fact.  The book is progressive in that Williams posits that God is not, in fact, angry with us, is not sending us to Hell, and that every little negative thing that happens to us is not a punishment from God.  So far, so good.  But then comes Williams' reasoning-it's because God was satisfied by Jesus dying on the cross.  This view is not so progressive and I have heard versions of this theology all of my life, but I just do not buy it.  I don't buy that God needed to torture his own flesh-and-blood in order to not need to send us to hell anymore.  The way Williams describes it, God almost seems to take pleasure in torturing his son, because it saves all of his human children.  Killing Jesus seems to satiate his anger and bloodlust. I have heard versions of the message before, and it has always seems to me that it makes God chose between loving his people and loving his Son.  Unlike most people, that God chooses to value the people He created over "his only begotten Son" does not comfort me, but repulses me.  I don't think we should make God choose.  To do so, is not very loving of us and to believe that God was satisfied by the torture of one individual just does not make sense to me-not in a logical way and not in a loving way.

I choose to believe instead that Jesus is my Savior, not because his death satisfied God, but because Jesus showed us a way to live that is in integrity to God, ourselves, our neighbors, and our world.  It is the way of loving kindness, forgiveness and peace. It is Jesus' way that saves us-not from going to Hell, but from living in a hell of our own making.  He teaches us how to bring Godde's kin-dom to Earth and how to know serenity and peace in the midst of great pain.

I do not recommend this book if you are as progressive as I am-I got very frustrated with it, as you can see, and only read a few chapters.  But if you are a conservative Christian, then this book might be the right stepping stone to a more progressive, more loving mindset. 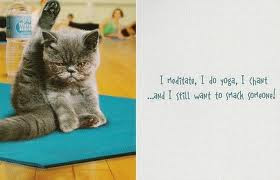 (I meditate, I do yoga, I chant...and I still want to smack someone!)

Letters from the Asylum – Republicans Oppose the Disabled
It is America's great shame that the Republican Party voted against a United Nations treaty to support the disabled. In doing so, the treaty failed to pass the American Congress (link). Despite the treaty being modeled after the Americans with Disabilities Act, some Republicans voted against it simply because it is backed by the U.N. They have an irrational fear that the U.N. is trying to control America's power by inserting itself in our laws. Yet the treaty spells out that it would not change U.S. law. It's pathetic, disgraceful and infuriating that they support a conspiracy theory rather than the world's disabled population.

2 comments on “One: The Gospel According to Mike - Another Book Review”