Ask the questions, take a deep breath, and release it to the universe.  Stop thinking about it and engage in the present moment.  If you have to think about whether or not it’s a sign or guidance, then it’s not - you’re forcing it.  If something comes into your radar that sparks a physical reaction - a clear sense of truth - you have your answer.

When I was in the hospital, I wrote on a piece of paper, “Stop looking for signs.”  I later told my roommate and she laughingly agreed.  “Looking for signs is usually not a good sign.” She said.
I pride myself on being somewhat of a skeptic - I try to look at the world through scientific eyes.  I am also open to mysticism, which I know seems incongruous with science.
I don’t believe in horoscopes, numerology, the zodiac, the da Vinci code, or tarot.  I do think that tarot cards can be inspiring and show us insights, but I think it’s because of what our subconscious wants us to see and not because we are channeling some divine prophecy.
Some people think that if you start seeing a lot of the same thing then it’s a sign that that’s what you should do.  That can turn dangerous, though.  It’s like if you were driving and you keep seeing the sign for Walmart at every exit and so you decide that it must mean that you need to go there for your shopping EVEN THOUGH you actually find shopping at Walmart very stressful and confusing.  (That’s my experience - Walmart gives me panic attacks - too big and overwhelming.). Just because a lot of people love to go someplace - better cost, less travel - does not mean that it is what I should do if it causes me more stress.
I have an alternate theory.
I think that sometimes life seems to show us a lot of similar things and the point is to know yourself well enough to not fall into their trap.  I think also that we tend to notice what we’re used to.  It’s like if I am used to hearing people say bad things about me that it might still be what I notice even if I change the type of people I’m around and they actually usually say nice things.  I’m used to the negative, so it’s all I notice.
With me, I’m used to do doing whatever clinicians or other well-meaning people suggest, even if they don’t know me well.  For a long time, I was trying to figure out what kind of treatment and support worked for me so I tried a little bit of everything.  That was great because it enabled me to try out a lot of different stuff and I eventually found people I could really trust and what actually works for me.  The problem is that it set me into a mindset of doing whatever kind of treatment people suggested, even though by now I know what works for me.  Usually after a hospitalization people start suggesting all kinds of more clinical therapies for my continued “healing” and that was helpful for a while in the past but it’s not helpful anymore.  I started to think that I needed more intense trauma therapy and more intense eating disorder support because I was having issues in those areas and other people were suggesting it.
“It’s a sign of what I need to do!” I thought.
Or maybe it wasn’t.  Maybe these signs are really opportunities for me to ask myself, “what do I really want,” and make my own decision.
In the end, I decided that I should do things one thing at a time.
I am keeping my therapist because she is wonderful and is able to support me in between sessions through texting.  She is expensive but worth it.
I am working with my nutritionist one-on-one.  I journal about my emotions and food and then we look at them together.  When it’s just her and I then it’s easier for me to hear what she has to say - if I join a treatment program then I would probably start trying to compete with the other peers with eating disorders and that’s not what I want.
I am going to do some trauma therapy with a therapist one-on-one after the new year.  A friend introduced me to a wonderful resource for free sexual assault therapy and support groups in the Atlanta area, but I am going to wait until I am already settled back into my job and am a little more stable before adding something new to my life.
The fact that I am able to listen to my own voice, I think, is a sign that I am doing quite well.  I hope you are too. 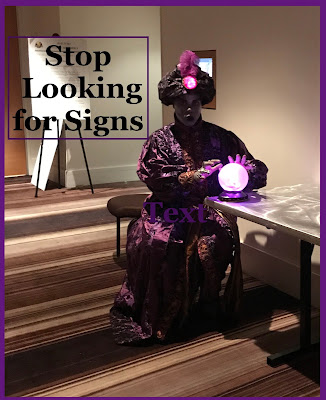 (taken this year at DragonCon)

Link Love:
Education Isn’t The Key To A Good Income - The Atlantic
By Rachel M Cohen
Deborah Menkart, the executive director of Teaching for Change, agrees that Rothstein’s research supports what teachers have long known from their own experience on the front lines. “I think it also affirms the focus,” she said, on having “children not just see schools as a ticket out of poverty, as a way to ‘rise above’ your community, but as a way to [be] agents for change within their communities.” “Part of the problem,” she adds, “is that the whole conversation around education has become so focused on helping individuals ‘escape’ their bad circumstances, rather than helping them become part of the solution.”