Thanksgiving 2014 in Pictures and Ferguson Activism

We can creatively transform the past to decide how we should move into the future. We can also draw power from the lives of those who have come before us. ~ (101, Making A Way Out of No Way, Monica A Coleman)

Thanksgiving and other holidays can be hard.  I have been with my extended family since Tuesday and sometimes I have been enjoying it and sometimes I have been very triggered and depressed.  I don't like this emotional flip-flopping around and I am trying to calm myself as best I can, but it can be hard when I sometimes feel like I am so different from my family.  I knew it would be difficult when I heard that Darren Wilson was not going to go to trial after all-I have been keeping up with activist bloggers and photographers and believe that justice has not been served at all-I also know my family very well and knew that I would be the only person who felt this way.  I was right.  I wanted to go protest on Tuesday, but I had to ride with my family up to Virginia that day in order to try and beat the snow.  I feel weird not being able to do the things I want to do and to have to keep my feelings and thoughts to myself and sometimes my hidden thoughts seem overwhelming.  I am using my tried and true coping skill of trying to be mindful of beauty when I see it.  I have captured some really beautiful photographs with my camera and being creative that way makes me feel good.
First, read this article, 10 Ways You Can Help  Ferguson, Missouri, from Huffington Post.  Once I get home, I will read the article more thoroughly and actually act on some of the things it mentions.  We must not give up on hope-I am hopeful that through the deaths of so many people due to police brutality that perhaps one day there will be a change and at least they will be required to videotape everything they do.  That would be a truly great thing.  We say we are a nation of "checks and balances," but who checks on the police?  Apparently nobody.  It would be justice indeed if we were to put in a few checks for our police.  I have heard that departments that use video now have a significant reduction in police brutality and a dramatic increase in community goodwill.  The article above contains some ways to try to make this happen.
Now for some beautiful photography. 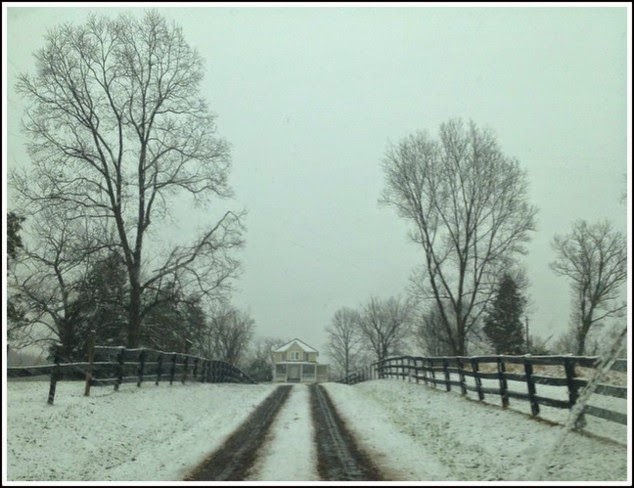 My cousin Alice and her family live on a beautiful farm and it was covered with snow when we arrived. 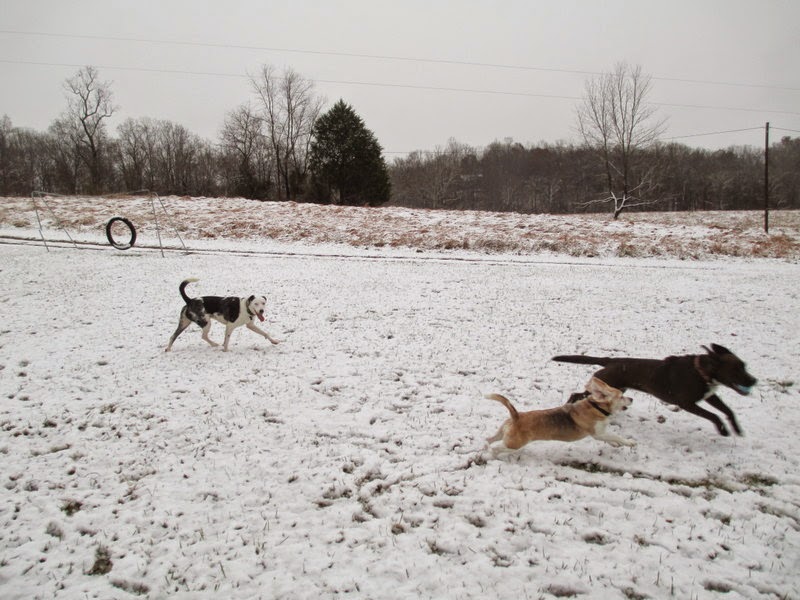 The beagle, named Georgia, actually played with one of my cousin's dogs, which was a joyous sight to see, as she hardly ever runs or plays. 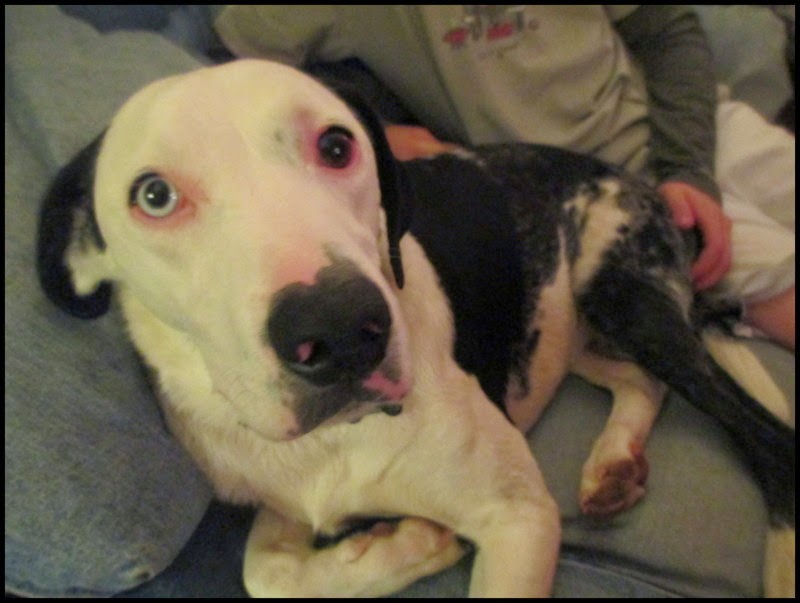 This is one of my cousin's dogs, Boo. 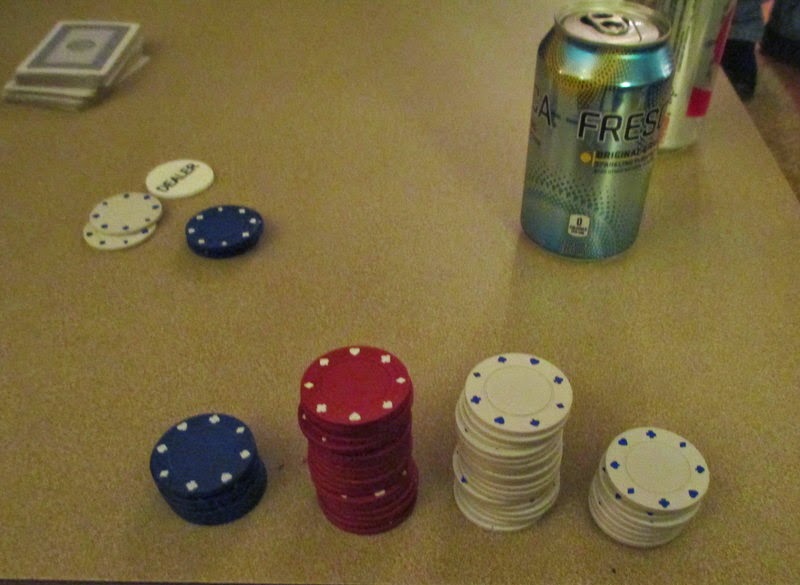 I had fun learning how to play poker-I did pretty well! 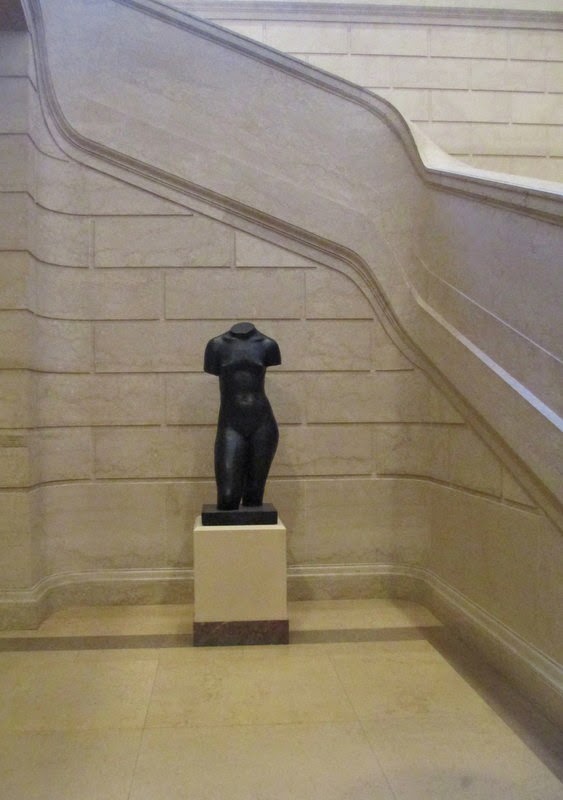 After a day at the farm, we then went to Washington D.C. and visited the National Gallery of Art. 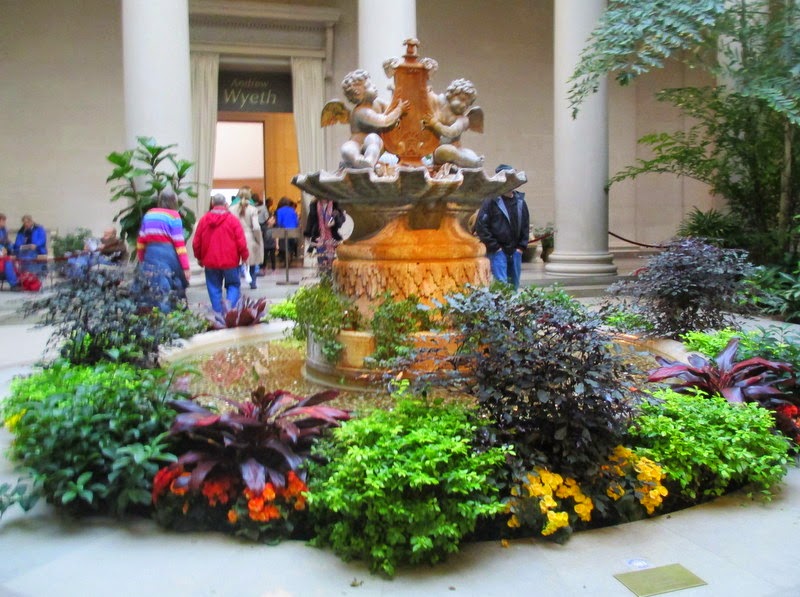 The gallery has many beautiful fountains. 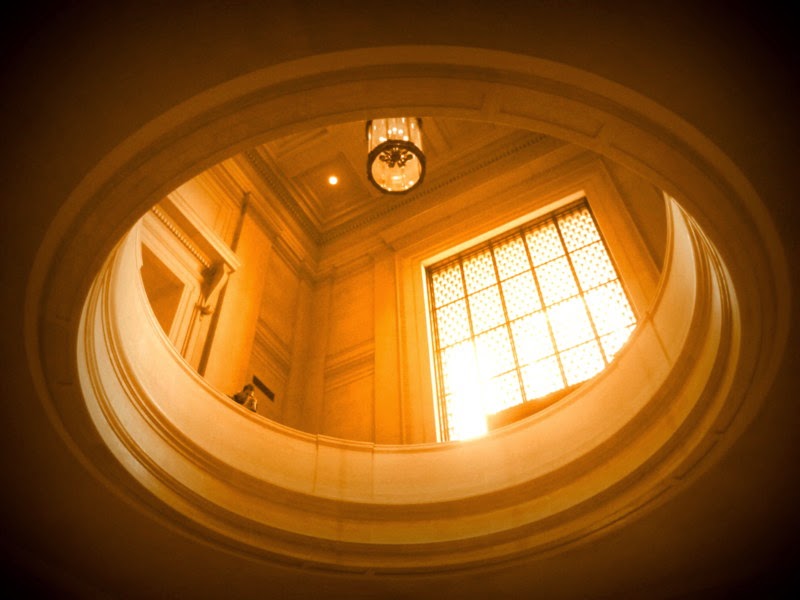 It also has really beautiful architecture. 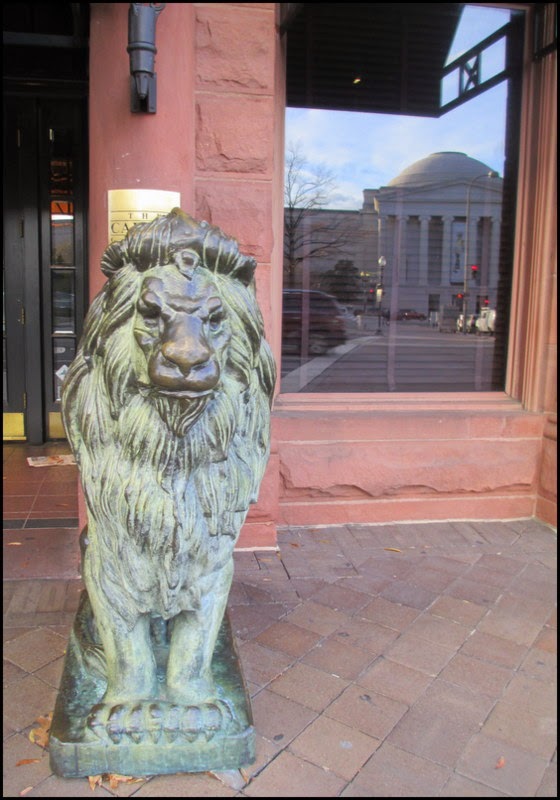 I love how you can see one of the major buildings in the window. 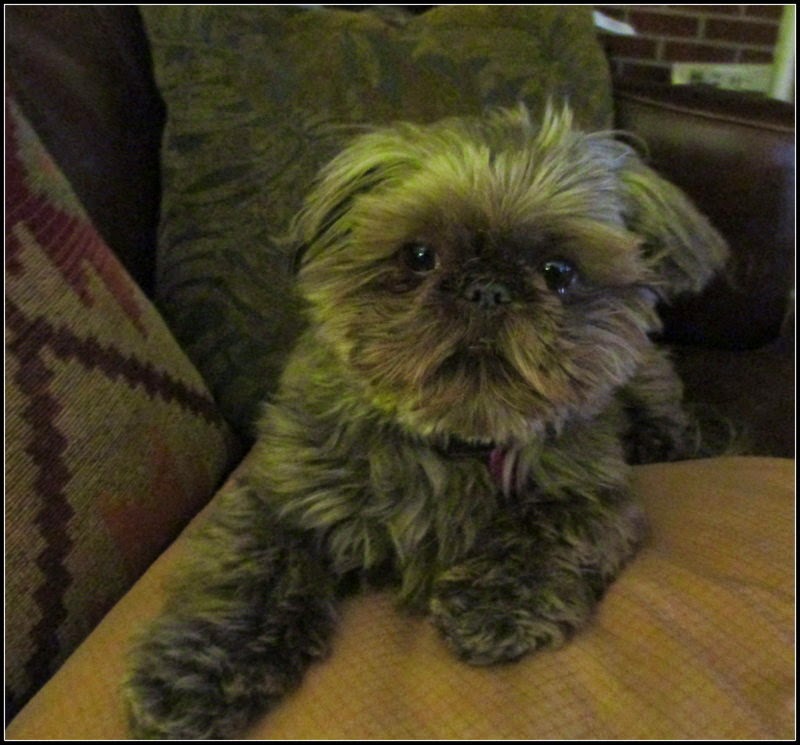 That's my aunt's dog, named after me.  Isn't she the cutest dog you've ever seen? 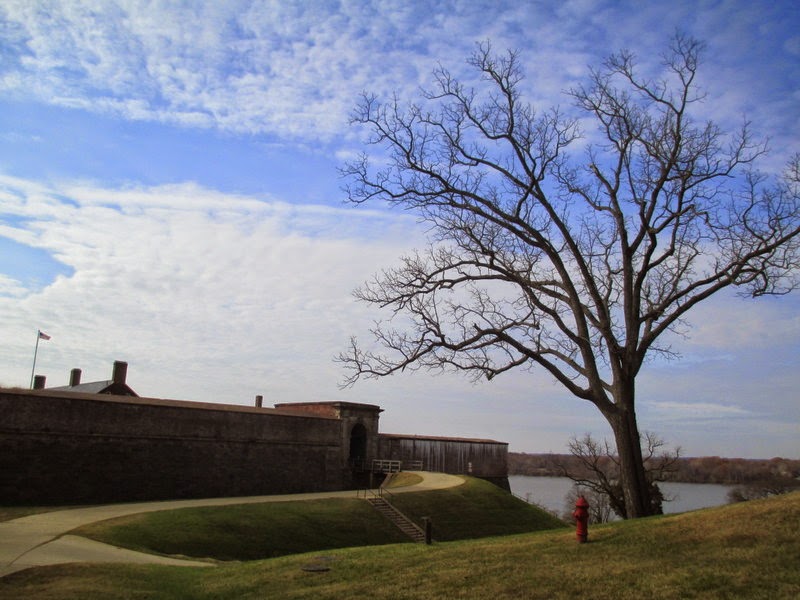 This is Fort Washington, our nation's first permanent military fort.  The best thing about it is the trees. 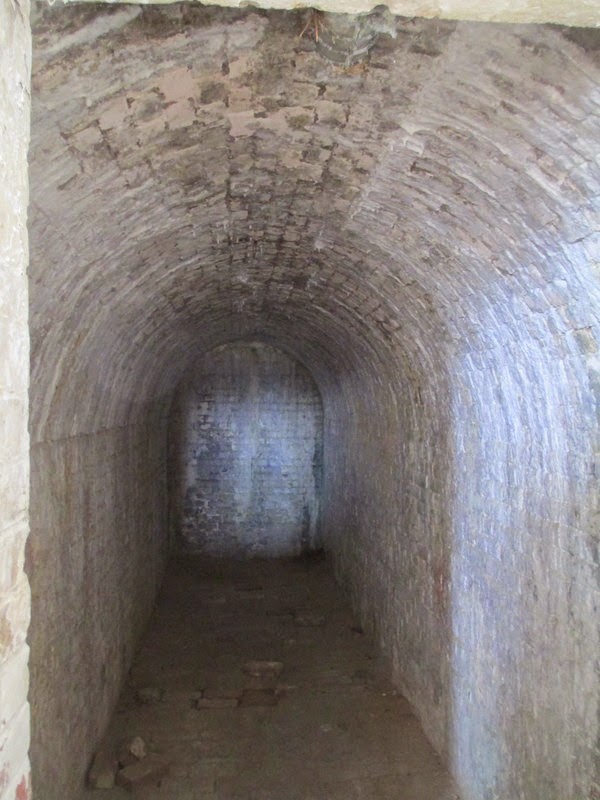 I liked the fort because it is full of spooky places.  Above is an old jail cell. 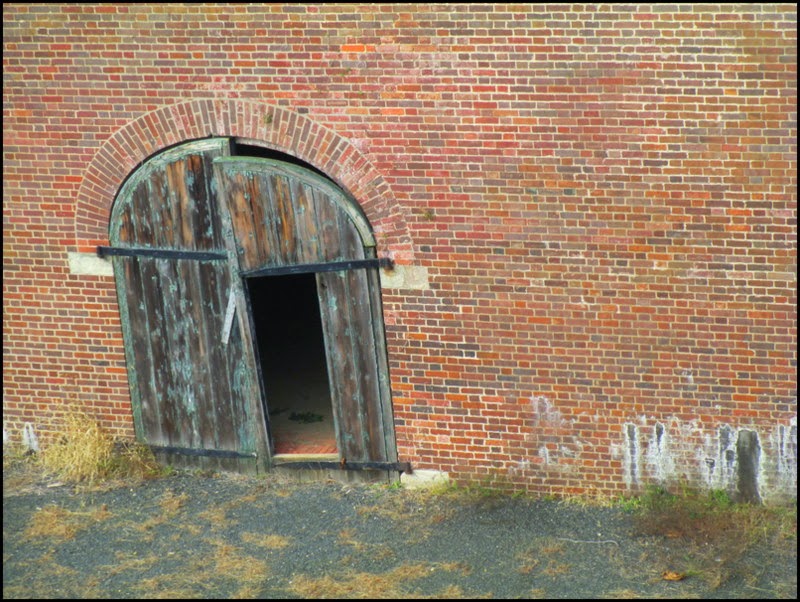 It also has creepy old doors. 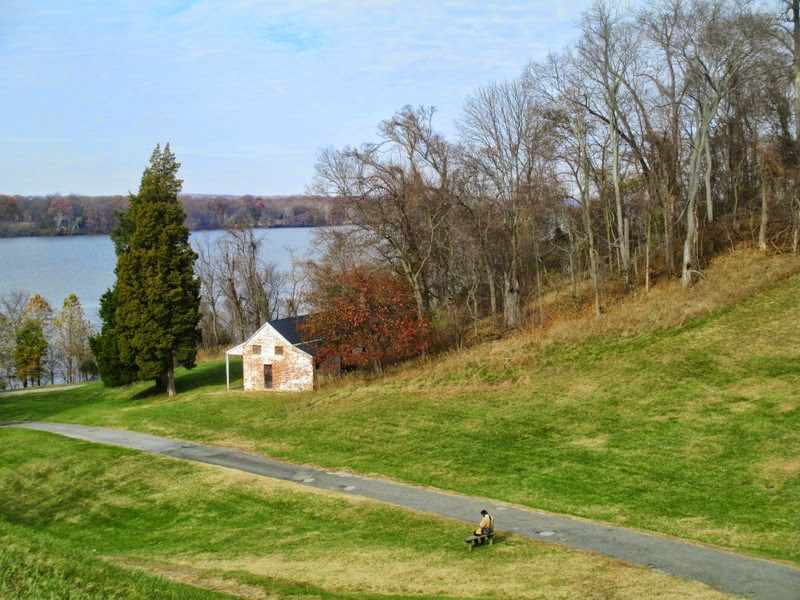 This may be my favorite picture though-it tells such a story.  I just wanted to go sit beside the woman on the bench in silence.  Even though I will never know her, I feel a kinship when I look at this picture because I felt like her-alone and contemplative, enjoying the silence and wanting to be away from people.  I wonder what she was thinking and feeling.  I hope she was enjoying the silence-it's what I've been craving for all week.  I have had many delightful adventures, but I will be happy when I can be home and quiet, taking action against injustice.  (Not all protests are loud-I will be writing letters, making phone calls, and sending meditations of peace to the world.)
Link Love:

Nate Pyle: We Might Talk About Jesus the Same Way We Talk of Protestors

And when those who can no longer ignore the injustices being done against them and their brothers and sisters, they flip tables. When that happens, we are faced with two choices. One, we can condemn them like the men above by demanding they play by the rules of the system we belong to. Or two, we can listen. - See more at: http://natepyle.com/we-might-talk-about-jesus-the-same-way-we-talk-of-protestors/?