I promise later today to do a fluffier piece, but this is important!

This Veteran's Day, let us not only remember all those that physically died or became wounded in war, but also all those who suffer from horrible mental illness. 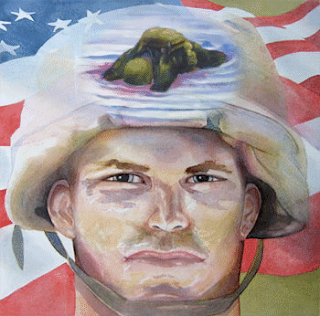 On an average day in this country, suicide claims another 18 veterans.

Approximately 30 percent of veterans treated in the veterans health system suffer from depressive symptoms, two to three times the rate of the general population.

More Vietnam veterans have now died from suicide than were killed directly during the war.