What Saved Me on Martin Luther King Jr.'s Day

We had a snow storm last week, so I had the rare opportunity to show off my galoshes. Atlantans don't wear things like galoshes very often...Aren't they cute? I got them from Land's End at the Sears Outlet I worked at two years ago. 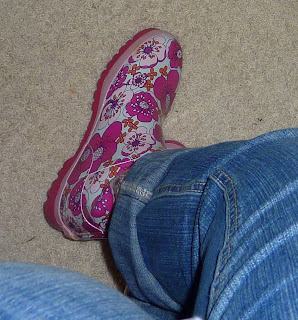 This is our dog, Georgia. Her sweater matches my boots! 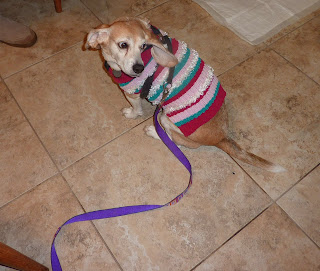 Here is my car covered in snow: 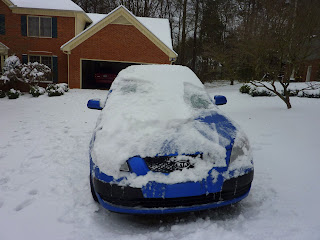 The snow was fun at first, but being stuck in the house for three days straight got to be pretty depressing. Thursday, my dad and I went to the grocery store and I've never been so excited to get out of the house! Ever since Friday, I have been constantly on the go, with hardly any time to be on the computer. Once again, I have hardly any time to write, so I will leave you a quote.

Although we can reject God's calling, God is still calling us to be the best that we can be in every context. This constant calling is what saves us. (59, Monica Coleman, Making a Way Out of No Way)

I needed saving Monday. I hate to admit it, but I was really struggling with my eating disorder that day and I really wanted to give up the fight. Old behaviors and ideas were quickly infecting my brain and I definitely did not want to eat. I wanted control. One thing that I kept thinking about was that it was Martin Luther King Jr.'s Day and relapsing into my eating disorder seemed like an awful way to celebrate it. King probably did not even know about eating disorders, but I do know that he believed in liberation theology. Eating disorders are the opposite of liberation. They shackle the mind into constantly thinking about weight, food, and perceived control. By the end of the night, I realized my folly and today I am into my recovery with renewed vigor. God is constantly calling me to be the best that I can be and I now realize that an obsessive-compulsive robot is not living up to my best. I kept on thinking Monday that I have worked hard to build up my reputation as an activist, but wouldn't my words be hollow if I were to give up so easily? If everything was a facade? I think sometimes the best way to be an activist and to celebrate other activists is to take good care of ourselves.