Yesterday's joy is now tempered after the email I received today informing me that Senator Renee S. Unterman's son, Zak, committed suicide. This is so sad.

Senator Unterman was the first woman ever elected into Senate leadership and her causes include conservation, and rights for the elderly and for those living with mental illness. She also has a daughter named Rachel.

I feel so strongly for her-I, myself, have had two friends kill themselves and it is always a tragedy. Having had friends do this and having thought of it, myself, I do have some things to say on the subject.

Often, the first thing that people like to say about those who have committed suicide is that they were selfish-that they did not care enough about the people who love them. And that might be the case if the person was sane. What is hard to remember, but is so true, is that this person was sick-just like a person with a medical illness, this person was sick. They could not think rationally enough to remember or believe that they are loved or that life will get better.

It is okay to be angry at them and at your higher power! These feelings are natural. When my friends, Dan and Bryce, killed themselves-in the same weekend, no less!-I was so angry. I felt betrayed, because we all attended the same recovery program and we were supposed to help each other, but no one knew just how depressed those two young men were.

I was very angry with them, with the recovery program, and with God. I remember one afternoon I was looking over the bulletin before the service and once I saw the confession, I had to leave. There was nothing widely different in it from any other week, but I suddenly felt betrayed. Church was too structured, too contrite, for me in my desperate state. I remember telling my minister right before I left church that day that I had nothing to confess-that it was God who was at fault. Fortunately, my minister understood and she told me to take my time and to only attend what I could stand. And to be gentle with myself.

I hope people are going to be gentle with Senator Unterman and her daughter. I hope that they will continue to fight for the rights of those who have mental illness and I hope that they will not become bitter. I cannot imagine what it is like to lose a child to mental illness, but I have lost some friends, and I know that if one can keep living day to day, then one will eventually rediscover the hope of a better tomorrow. 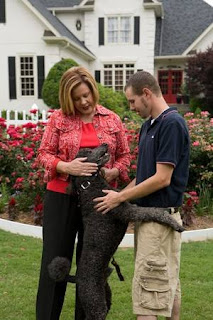 To Senator Unterman and Rachel-I pray for your peace, but I know that that will be a long time coming.

*If you or someone you know is considering suicide, please either call 911 or 1-800-SUICIDE.