Last Tuesday, I spent the day in Macon taking a continuing education workshop on certified peer support ethics. The presenters kept reminding us of the Hippocratic oath, which begins with the famous phrase, “First, do no harm” and I kept wondering to myself, “Why doesn’t this apply to mental hospitals?”
It seemed to me that the staff at the last hospital I was in thought that as long as they weren’t hitting us, then they were being ethical, but there are other kinds of abuse other than simply physical.  Ignoring, gaslighting, coercion, calling people names, condescending tones, raised voices can all be a part of emotional abuse.  I consider chronic understaffing, poor training, and no deescalation skills as the breeding grounds for emotional, spiritual abuse and neglect.
Now, not all hospitals are the same - a few mistakes everywhere is expected, but the last hospital I was in stood out - the chronic understaffing meant that  all the patients had to stay in a fairly small room to be watched, people got angry that they had nothing to do all day and then the staff got defensive and started telling us that we were acting like children.  At one point, I thought there was going to be a riot and was genuinely scared.
It seems to me that as long as we look at people as dollar signs, as objects to be bought, sold, told what to do, and drugged, then the mental healthcare system will be guaranteed to harm  their patients, the opposite of the Hippocratic Oath.  I am not against medicine or safe spaces, but I am also for the ethical treatment of human beings no matter where they are.  I believe that the concept of safety should apply to the whole person and should promote holistic healing, not further PTSD.
dictionary.com defines ethics as, “the branch of philosophy that deals with morality. Ethics is concerned with distinguishing between good and evil in the world, between right and wrong human actions, and between virtuous and nonvirtuous characteristics of people.”
It is evil to view people as an “other.”  Whether calling someone an, “illegal,” or a “mental patient,” the separateness causes the worker to put the other person down and believe that “those people” are not quite as human as they are, which leads to abuse and even death.  In a capitalistic society, it is the almighty dollar that always comes first - that is why we have not passed gun control, despite the horrifying number of public shootings - politicians favor the NRA’s money more than the people they are supposed to serve.

Our very nation was built by people who were bought, sold, and considered property.  It seems to me that this is the way the insurance, drug companies, and politicians view people with disabilities and if a disabled person is a person of color, then the risk of being abused or killed goes up even higher.
This country needs major reform in all areas of life.  I do not believe it is ethical to view people as property or as objects.  It is not ethical to continue taking money from the NRA when the people are crying out for change.  Parents should not carry the fear that their  children will  be killed during class.
In the Bible study I attended just last week, we talked about how the kings of Israel always needed prophets to keep them in check.

When are we going to come together and say that community and love and kindness should be our focus, not guns, money, or false ego?  The American Dream was always just a mirage, anyway; what about a Human Dream instead?
A land without "others" and a land where all people are valued. It is fitting that this recent shooting happened during the Christian season of lent, for only a period of political repentance will bring about positive change.
How many children have to die before the politicians realize that there is no other - we are all connected, we are all struggling with trauma, we are all on the brink of insanity. A news reporter the other day said that the shooting was the result of mental health stigma, however, it is not the people with mental illness that we need to fear but the politicians causing the stigma in the first place. 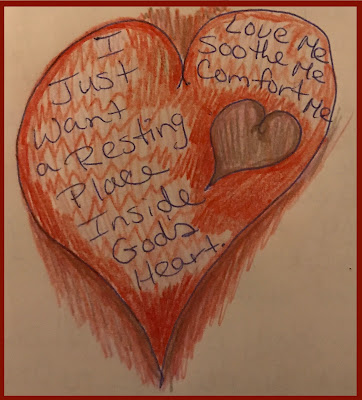