Making It "My Own"

In recovery, we often have to "make it our own." Everyone has their own tricks that helps them cope with life's trials. That's why self-help books and tapes can sometimes be so maddening-they can make it seem like life is "one size fits all." When I was in Gatlinburg, I received a compliment on my headband one day. A woman told me that she liked it, because I "made it your own. That means you are your own womyn!" I loved the compliment, because it's true. I am my own womyn, discovering and navigating life on my own terms.

Something else I made "my own" was cake on the Fourth of July. I had some coupons for Jello-o instant pudding and instantly I thought of making a pudding cake. I had never made a pudding cake before, so I looked on allrecipes.com to get some ideas. I found a recipe for a "lemon poke cake" that looked good, but I wanted to jazz it up for the holiday, so instead of using lemon pudding I used cheesecake and I added cool whip, and chopped strawberries and blueberries. Red, white, and blue patriotic
goodness! 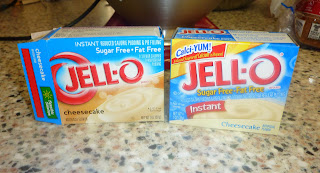 Prepare and bake cake mix as directed on package for 13x9-inch baking pan, using the egg whites, water and oil. Remove from oven. Immediately poke holes down through cake to bottom of pan with round handle of wooden spoon. (Or, poke holes with a plastic drinking straw, using turning motion to make large holes.) Holes should be at 1-inch intervals. I tried both a spoon and a straw and I liked using the straw the best. 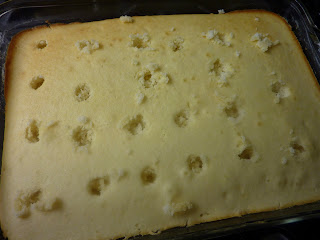 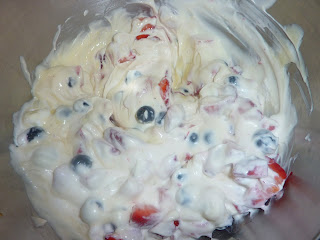 Let remaining pudding mixture stand until slightly thickened. Fold cool whip and berries into the pudding. Spoon over top of cake, and the recipe says "swirling to "frost" cake," but don't swirl, just glop it on-you'll certainly have enough! 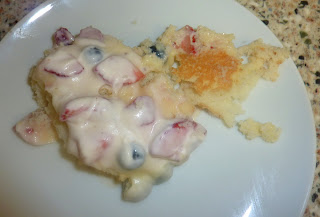 Refrigerate at least 1 hour or until ready to serve. Cut into 24 squares. Store in refrigerator.

This is the perfect cake for summer. It's light and refreshing and full of berries. What could be better? What recipes or other things are you good at "making your own?"