WEGO Health has made April Health Activist Writer's Month.  I am going to try to follow their challenge to post an article every day, using their prompts.  I think this will stretch me as a writer, an activist, and blogger.  You can follow other health activist writers by using #HAWMC on Twitter or by following their Facebook page.


Health Time Capsule. Pretend you’re making a time capsule of you and your health focus that won’t be opened until 2112. What’s in it? What would people think of it when they found it?
My hope is that the person looking through my time capsule would leave with the feelings of sorrow, hope, and pride.  First, I would include a sheet of facts on the state of our nation’s current state of mental health affairs and I am afraid that it would not paint a pretty picture.  Some points that would be included would be:

What a sad fact sheet!
Since the time capsule is also about my own health focus, I would include my light box, with a note attached that says: Recovery involves more than taking pills! 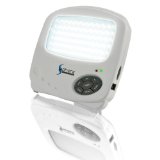 That being said, I would have a copy of my latest prescription for six different medications on it-I wonder if consumers in the future will have to take as many pills!  There would be a mix CD with these songsincluded.  I would include my quote books-journals where I have written down the quotes I read that provide me with inspiration and hope.  I would include the meal plan that I followed when I first graduated from Ridgeview.  By using its guidelines to how much food I should eat, I started on my path towards recovery from an eating disorder.  I would include my Dialectical BehavioralTherapy notebook-DBT currently is the most successful treatment for those with borderline personality disorder. 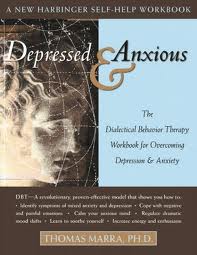 There would be examples of my poetry, my diploma from Georgia State University, and pictures of me and my friends, smiling at the camera.  This would be to show people that although the picture about mental health in the United States during 2012 is very grim there is still hope for someone with a severe mental illness to thrive and succeed in life.

Of course, a project like a time capsule makes me wonder about the future-will there be a cure for mental illness one day?  Will there be a day when society actually cares about those with disabilities?  Will it be easier to gain access to healthcare and will psychiatry become a more precise science?  Will community support groups and assistance one day become widespread, even in rural areas?  Will jails become a place for rehabilitation and recovery, instead of punishing and diagnosing those with mental illness?  Will stigma be relegated to the past?  I can only hope and do as much as I can to be the change I want to see in the world.