I watch a fair amount of television and unfortunately I have noticed a lot of stigma towards mental illness on crime shows lately.  Crime shows have always been prime material for equating mental illness with violence, which is extremely unfortunate, because those with mental illness have a much higher chance of being victimized than of becoming violent, themselves.

The TV show, Castle, is the first perpetrator in this "crime-" 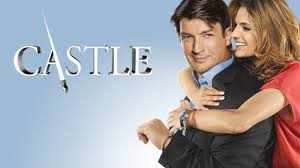 the episode, "Scared to Death," while a seemingly lighter take on the horror movie trilogy, "The Ring" (or the real original "Ringu" for die-hard horror movie aficionados!), it is actually a much more horrible story.  A man with mental illness is falsely accused of murder.  Even though he is eventually released and found innocent, his reputation is even more tarnished and he becomes ever more isolated and depressed.  In the end, he kills himself.  His grown-up daughter then starts killing off the jurors involved at the murder trial.  Detective Kate Beckett theorizes that the daughter became obsessed and violent when she suffered a "breakdown" a year before. 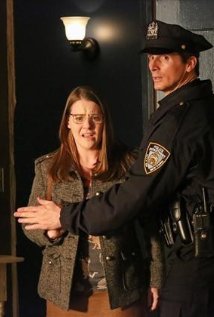 (the murderess)
One, I am always irritated when TV shows have the serial killer turn out to be a woman, because only 15% of the serial killers in the history of the United States have been women.  Two, the term, "breakdown" is too vague to really mean anything.  It is a term mainly used by people who do NOT have a mental illness and is considered ignorant and slightly derogatory by many people who actually have mental illness.  If you really want to show your ignorance, ask a person with mental illness about their "breakdown" and they will probably roll their eyes.  Most of us would much rather you be direct with us about what you mean.  Still, it is commonly understood to mean when a person is hospitalized for mental illness.  So, does being hospitalized in a mental institution make one more violent?  Hardly-the purpose of being hospitalized is to become stabilized on one's medication and to line up outside psychiatrist and therapist appointments.  These things tend to make a person less violent, instead of more.  So, a woman has a "breakdown," which makes her obsess on her father's death and become a serial killer?  Not very likely, unless she stopped taking her medications and seeing her support team.  And even then, it's still not very bloody likely.  Three, the main characters joke around a lot and the storyline that someone with mental illness would be falsely accused of murder and then kill themselves is just too realistic to be funny.
On to stigmatizing show number two-Body of Proof. 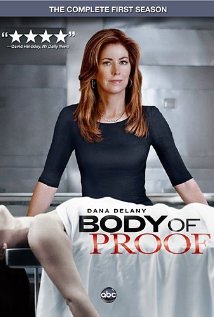 In the recent episode, "Lost Souls," the daughter of a religious fanatic poisons her sisters to make them seem like they are on drugs and are therefore sinners.  Instead, her father thinks they're possessed and tries to exorcise the "demons" out of his daughters.  This was a disturbing episode to me-mainly because I feel that it subconsciously helps people make the untrue connection that all religious people are as unreasonable, illogical, and obsessive as the character portrayed on the screen and this is harmful to people like me who are feminist, liberal, progressive, and religious like me.  Of course, I know that the main reasons for this assumption are the very real fanatics like Pat Robertson and Westboro Baptist Church.  My main reason for feeling disturbed was that at one point Dr. Meghan Hunt (Dana Delany) uncovers the story that the family is descended from an axe murderer who suffered with paranoid schizophrenia (either the fanatical father is a descendant or the murderer just used to live in the house...I can't quite remember how he figured into the plot).  The media loves to pick on people with paranoid schizophrenia, but the truth of the matter is that most people who have it are not violent.  In fact, they are more prone to become isolating and withdrawn.  This is what an article from schizophrenia.com says about it:

It really bothered me that the writers felt the need to throw in a bit about a paranoid schizophrenic axe murderer. It was confusing and really added nothing to the plot, except to further stigmatize one of the most stigmatized mental illnesses out there. Are you as frustrated with TV shows as much as I am now? I must say that I just watched an episode of the show, Whitney, where Whitney very articulately describes why she does not like being called "crazy" - she "has worked hard to manage her illness" - and it really made my heart happy. To see the main character of a television show own having a mental illness and furthermore, be proud of how hard she has worked to be stable is a major accomplishment and I wish more shows would follow suit. In the meantime, I will continue to call attention to stigmatizing TV shows and try to educate people that those with mental illness are just like you and me and in fact, it is possible that I may have mental illness and you just might not know it. 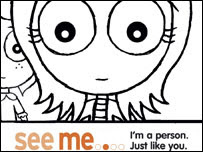 Quite irregular - That’s What She Said:The Lad Culture Report
Though women now make up a numerical majority of the student body, they are still repeatedly undervalued by higher education institutions, appear less frequently in leadership roles, face sexism in the seminar room, and are frequently ignored or silenced in social contexts.  Nonetheless, the belief amongst much of the media and wider culture that women have “made it” or are taking men’s roles in education and business, provides a compelling explanation for resurgence in exaggeratedly “masculine” behaviour.