Quote of the Day - Creatures of Hope

I have a black, leather book that I call my "quote book," because I write down inspirational sentences that I have read in books or have heard other people say. Many of the quotes are from the Bible. I am going to try to share one of these quotes with you once a day. Sometimes I will have an explanation about the quote and sometimes not. Hopefully this is something that I can keep up with daily, although I am sure there will be some days that I will miss posting.

The first quote is fitting for my blog:

We, as humans, are creatures of hope.

To be clear, I do not think that all people with mental illness need to go to twelve-step groups-they just happen to work for me. I like the concept of a sponsor and working toward serenity, but I will also acknowledge that there have been times in my life when I was too angry to attend certain groups and that is certainly okay too. Anger is not a bad emotion and in fact can be used quite productively, like in my recent post about how getting angry at my illness motivated me in my recovery.

I heard this quote in 2005-the first time I received treatment for my eating disorder and it gave me a way to reframe the way I thought about humanity. At the time, I was clinically depressed and had been for a very long time. My thoughts about humanity were not that we are "creatures of hope," but that we are creatures of despair. This saying helped me reframe my thinking.

And I am still thinking about it, because the sad truth is that I am not sure this quote applies to everyone. I have known two friends who killed themselves-surely they had given up! Or maybe they had hope for something better than the life that were currently living. There's no way that I can know, but I would like to think that I am, at least,a creature of hope. Somehow I have continued living in the midst of some very dark days, because I have had hope that life would get better. Ultimately, I now know that I have a choice: to choose to be a creature of despair or a creature of hope and today I choose hope. 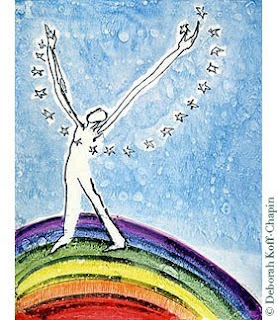