Reflections on a Good Day

I am sitting in front of the television on my birthday enjoying a mug of green tea. Actually, I just finished the mug, but I'll make some more after this post! 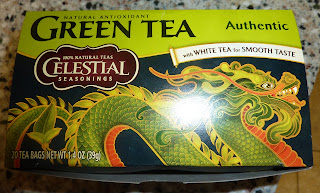 Green tea is a palate cleanser; it's a light, refreshing taste that is good with honey. The cup I just had did not have any sweetener though, because I needed something almost bland after having a super sugary homemade meringue. The meringues are actually just the leftover topping to a key lime pie that I attempted. I say attempted, because I forgot to add cornstarch to the key lime pie base and so I made two pies that never congealed. 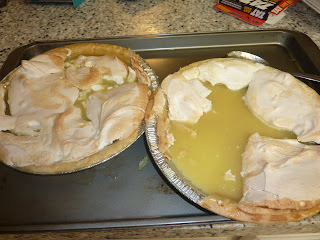 Whoops! Another whoops is that I tried to double the recipe, but I actually tripled it, so I took the leftover whipped topping and made them into meringues! I just baked big spoonfuls of the egg white, cream of tartar, and sugar mixture in the oven at 350 degrees for twenty minutes. They turned out sort of unusual, but good. They have a crispy crust that melts in your mouth and the inside is exactly like a marshmellow, which I like a lot. You only need to eat one, as they are big and so sugary, you feel like your teeth are going to rot. It felt awful to fail at making the pies, but wonderful that I was able to turn my failure into something still yummy. I took the remaining meringues to church and we enjoyed them after dinner, which I also prepared. 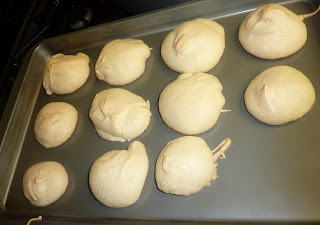 It was fun making the meringues, because I got to use my new red KitchenAid mixer! Isn't it lovely? 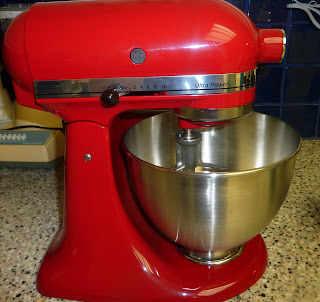 I wasn't expecting it, but I am so glad that I got it. My mother said that she expects that she and my dad will reap the benefits of me using it and she is already right. The mixer can beat eggs really fast-much faster than I ever could by hand!
I also got for my birthday a drum called a djembe (pronounced gem-bay) that my father made for me. Well, he made the base and he got a professional to put on the skin. Isn't it beautiful?

It certainly has a beautiful tone! I had absolutely no clue that I was getting this exquisite West African instrument, but I'm glad that I did. Now I am truly ready to join a drum circle or band! I will be able to use it to help the girl I tutor too.
My birthday was great! Last year's birthday was good too, but I had bad stomach pains and was not able to fully enjoy it. Fortunately, I felt a lot better this time and I was able to enjoy (almost) every moment, even if I did get tired at times. I feel more relaxed than I did this time last year and more in the moment. I have more hope and joy and I hope you do too!