This week has been full, fun at times, but also very stressful.  My dad has been sick for weeks and no one could figure out why, which was scary.  Yesterday, he ended up going to the hospital three separate times!  Fortunately, they finally figured out that he had a lung infection and they prescribed him antibiotics, drained some yucky fluid out and injected him with some steroids.  Today he felt much better than he has in a long time, which was great, but I still felt stressed out and needed a quiet day to recharge.  Self-care for me today included canceling social plans, so that I could rest, and then going back to bed; staying in bed until I was caught up on sleep; taking a lavender scented bubble bath; drinking many cups of soothing hot tea; having long entertaining talks with friends on the phone; and scheduling several outings with friends in the coming week, so that my day of rest would not turn into a week of isolation.  The end result is that I finally feel serene and grateful again-ready to face the world.

And I am finally ready to review September's books! 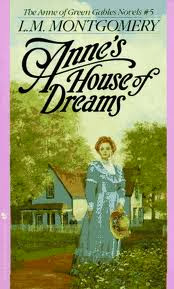 Anne's House of Dreams by L.M. Montgomery
***SPOILER ALERT***
Of course, I loved it!  In this book, Anne and Gilbert move into their first house together.  It's a cute house in a desolated area of the island.  They only have a few neighbors, but they are, of course, real characters and become good friends.  I love Miss Cornelia Bryant and her catchphrase, "Wasn't that like a man?!"  Her making fun of men and Methodists had me laughing.  I also appreciated that this book delves deeper into the themes of suffering and loss, the complexities of real friendships and even disability. Anne becomes good friends with Leslie Moore, but sometimes Leslie is bitter towards Anne, because Anne has such a happy and a carefree life.  Leslie has a very sad family history and her own mother forced her into an unwanted marriage to a mean man at a young age.  Her husband got hurt in an ship wreck and became brain damaged and now Leslie has to care for a man she doesn't even like.  She is still young herself and it is a big burden to carry-she values Anne's friendship, but one can certainly understand how hard it would be not to build up any resentments.  As someone with severe mental illness and chronic pain, there have been times when I have been resentful of "normal" people too. Later, when Anne gives birth to a baby that dies a few hours later, one feels so much pain for her and yet one feels almost glad that she gains a little knowledge of what pain and suffering is really like.  It helps her friendship with Leslie deepen and it helps her become wiser and more able to relate to others.  Of course, Leslie's situation does improve so incredibly nicely by the end that it's a bit unbelievable, but I don't mind-L.M.M.'s "Anne" books are basically brain candy, after all. The book ends with Anne and Gilbert packing up to move to a bigger house and I'm a little embarrassed to admit that I was a little teary.  It's just that I have left quite a few relationships and places this year and so I can relate to that bittersweet feeling of leaving a place you love for somewhere more appropriate. 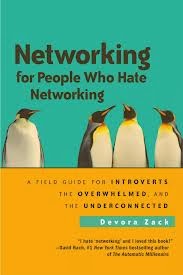 Networking for People Who Hate Networking: A Field Guide For Introverts, The Overwhelmed, and The Underconnected by Devora Zack
This book is fabulous!  In fact, I put it on my recommended books list.  I am job hunting right now and a friend recommended it to me and I am so glad that she did.  I checked it out of the library and read it in a couple of days, but I think I might request it for Christmas and reread it over and over again, because I found it very validating and helpful.  I found it validating, because it's an empowering book for introverts and centroverts. (A centrovert falls between the introvert and extrovert world.) I am an introvert, but I didn't really know much about my personality type, as American society is really focused on extroversion.  Without knowing why, I have often felt like a part of me is lacking and this book addressed that issue very well and gave concrete ways for an introvert like me to add networking into my life.  It is an easy read and is not overwhelming at all.  It's also very funny and entertaining.  I showed it to my therapist, who also got excited about it, as she's an introvert too.  It sort of made me laugh to think that she would think she needs help in that area of her life, but I suppose there is always room for improvement.  If you are job hunting or feel like you could use some improvement in your networking skills, then I really recommend checking this book out.  It's very likely to be found at your library, but I would suggest going ahead and buying it! 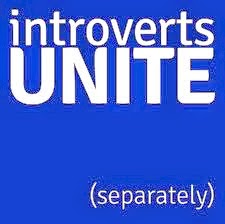 Link Love:
Days Like Crazy Paving – The Patriarchy’s Greatest Victory
Being pretty only confers privilege because men say it does.
JMU Shout Out -You Don’t Need to Take Sex Out of Advertising
Marketing history has had a tendency to depict women as sex objects, and in order to combat this, the argument has been made to take sex out of media & advertising all together. But instead of pretending that women aren’t seen as sexual beings, women need to take the reigns and regain control.

the F Word - Why does disability make people more vulnerable to domestic abuse?

Disabled people will become less vulnerable when we have more control over our lives and are allowed to see ourselves as the whole, complex and contributing individuals we are, rather than the unwieldy baggage of our families, partners and society at large.
Dances with Fat – Taking Up Too Much Space
Nobody takes up too much space just by virtue of existing.