Thank You, Connie and Karen

For starters, I am sorry that I have not been blogging as regularly as in the past, but my job has kept me really busy! Even though I am part-time, it is not by much and I am really trying to prove myself, because if I get a lot of sales then I will make full-time. As a result, I am often very tired and not able to blog, but I will try to keep blogging as regularly as possible. 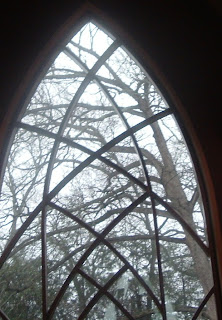 Saturday I attended an extremely special wedding that lifted my spirits and gave me hope. It was between my minister, Connie Tuttle, and her partner of fifteen years, Karen O'Kelley and they got married on their fifteenth anniversary. They had a beautiful ceremony in the chapel at Agnes Scott College and a fun celebration at the Avondale Community Center.
It was great seeing old members of the church again that moved away years ago. It was great meeting new people, eating fabulous cake, and dancing the "electric slide." 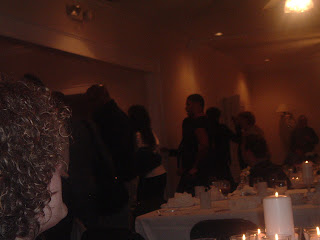 I really enjoyed myself, as I let myself let loose and dance in a way I haven't since high school. I also loved watching the kids dance, as they each had their own unique and freeing kind of dance. 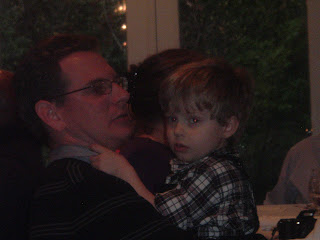 Connor and Arden, who are both around four, spun around and around and would then fall to the fall in giggle-fits, while Becky spent at least an hour holding hands and whirling around with Shawna, who although she just turned eleven, looks and seems much older. I was happy to note that Shawna seemed perhaps the happiest that I've ever seen her be, probably because an adult was spending quality time with her. And I will always remember dancing the last dances of the night with thirteen-year-old Lucas, who is probably the sweetest teenage boy there ever was. He is also blind, so we practiced holding hands and moving back and forth to the beat. Lucas even started shrugging his shoulders and nodding his head to the beat, under the direction of Ellen, Becky, and I. I told him that this was great practice for when he goes to his first school dance-I'm sure that he will have trouble keeping the girls away from him soon! 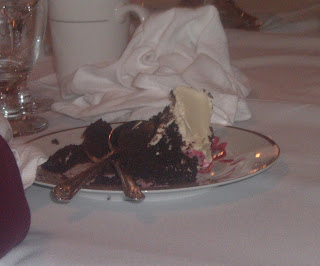 After dinner, guests lined up to the microphone and one by one proposed a toast or gave a blessing. I did not, as I was for some reason, caught by surprise and could not think of how to adequately express myself. I wanted to sing something and decided that "Let's Do It (Let's Fall In Love)" by Cole Porter would have been perfect, but I was too nervous to do it without practicing first. Here is the toast that I wish I had proposed:
I want to say, "thank you," to Connie and Karen, because witnessing this beautiful wedding has given me hope, as it was everything I could ever want in my own. Until this very moment, I have felt bad about my own sexuality and my future, because I felt like because of who I am that I could not have the kinds of experiences that I have dreamed about since childhood. I remember a Will & Grace episode where they were going to a "gay" wedding and Will commented that they weren't going to a "real" wedding. That made me sad, especially since I believed it, but now I'm happy, because I now realize that a wedding ceremony is just as real between two people of the same gender as it is between two people of the opposite gender. Whether this marriage is legal in the eyes of our government does not matter, because I have no doubts that this celebration and blessing is legal in the eyes of Godde. Your love is so apparent to anyone that sees the way you two look at each other and since our God is the Godde of love, I know that you have the Holy One's approval and who needs anything else?! I love you both and I thank you for giving me hope. I thank you for showing me that there is a better world than what is usually shown and that our God truly is the Godde of Love. 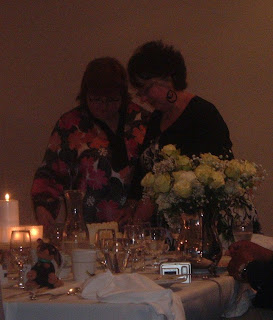 After the party, instead of throwing rice or blowing bubbles, we lit sparklers and waved them about in the air. It was beautiful and creative. Just like them and just like how I want my own future to be. The issue of gay marriage has caused me a lot of depression in the past, but hopefully it won't anymore. 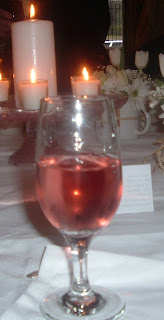