Day two I woke and discovered a cute little lizard in the dining room: 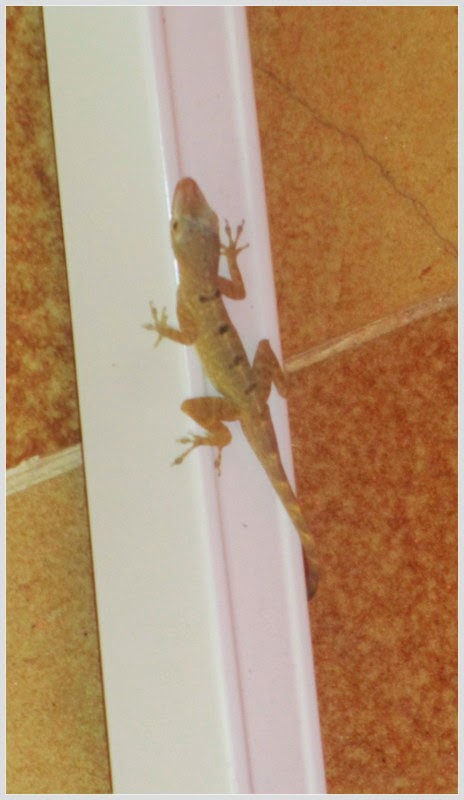 He really blends into the tile!

We also saw lots of donkeys wandering beside the road.  (My dad pronounces it "dun-keys.") 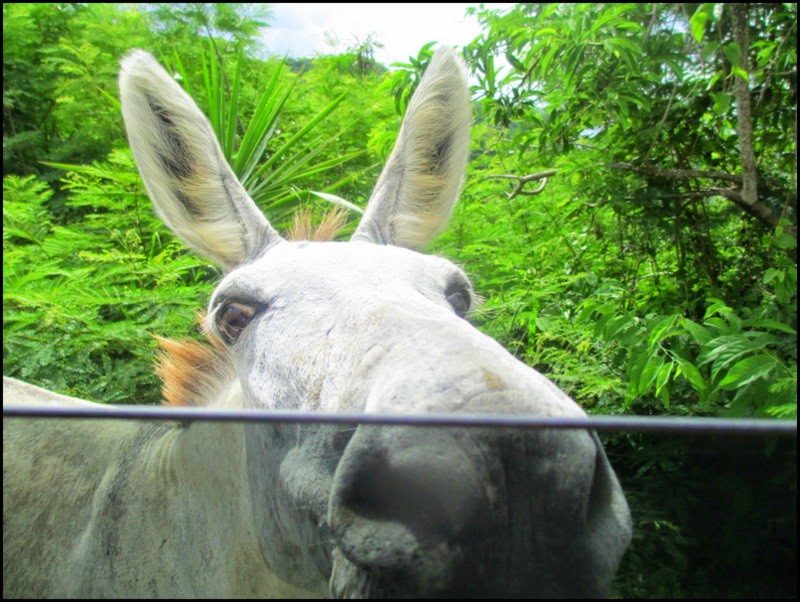 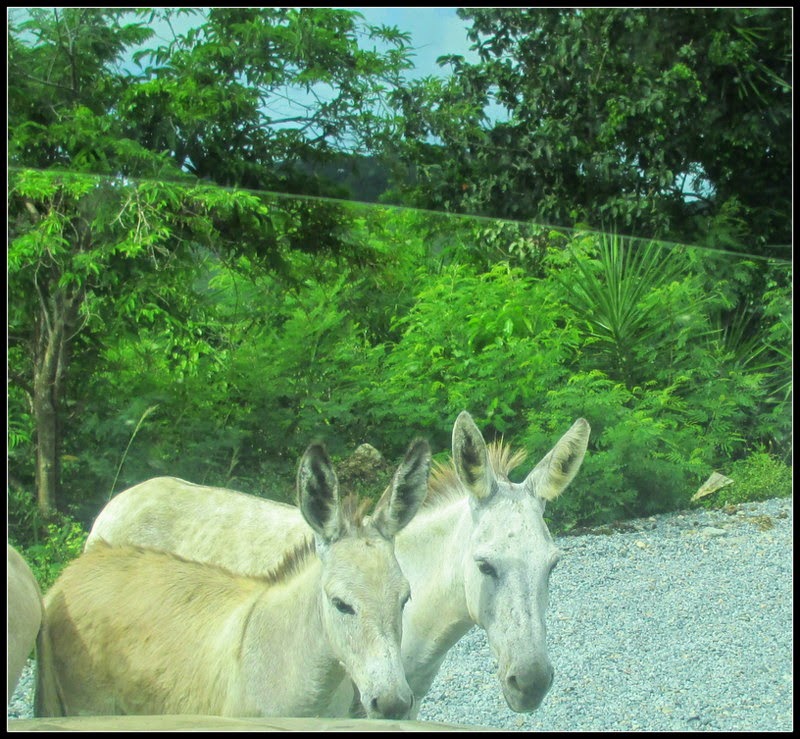 Donkeys, goats, and chickens wander the countryside and roads freely!

This was also the day that I learned how to snorkel: 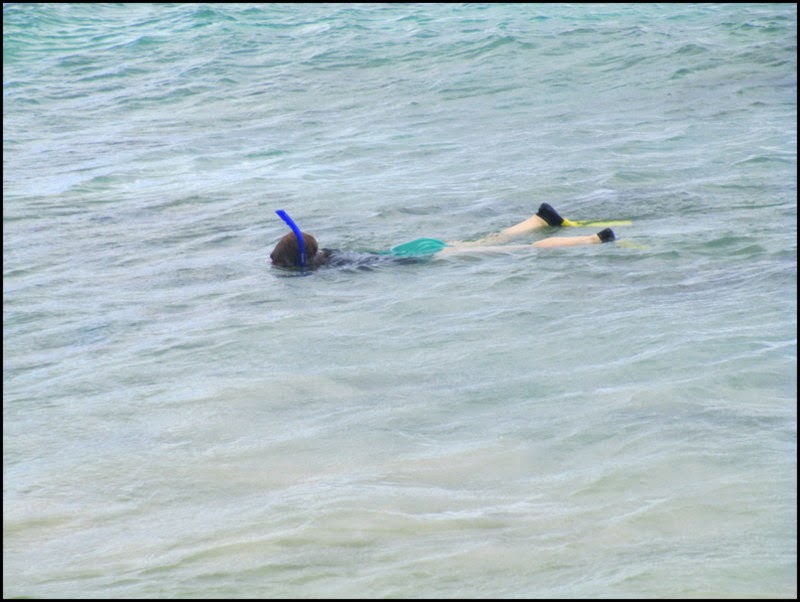 We went to Cinnamon Bay, which a beautiful beach, but I do not recommend it for your first time because the coral is close to the shore and it will take a while to get used to not getting too close when trying to stand up.  Other than that though, it was perfect!  I was glad that I had thought to buy an underwater camera before we left for vacation.  Something I don't talk about much is that I am legally blind-it usually does not bother me, but I could only see blurry colors in the water, so I would point the camera at the colors in the water and hope some good pictures would result.  Here are some of them: 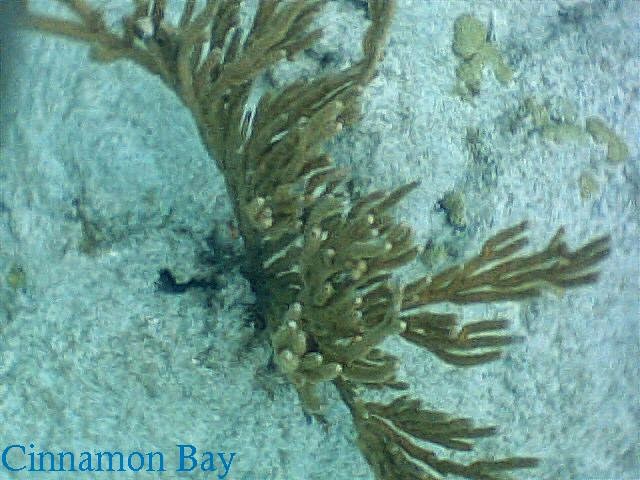 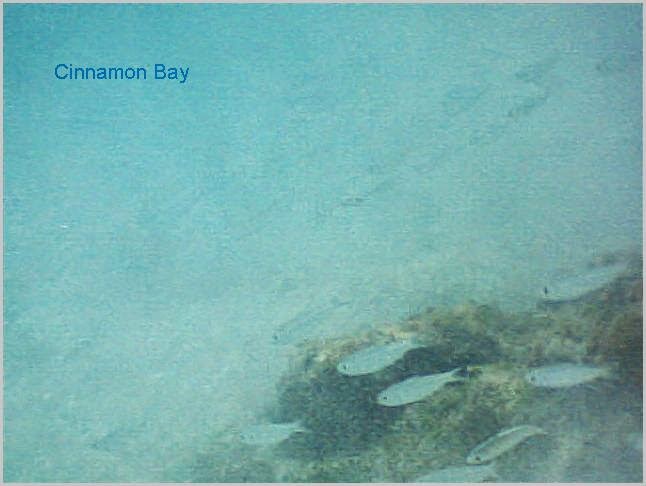 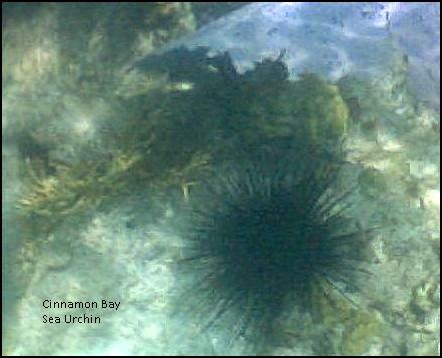 In the last picture, you can see a sea urchin and when they are huge like that with tall spikes, they are super scary, like something out of a Stephen King novel, but I am still glad that I got to see them in person.  The last time I got a chance to snorkel was in fifth grade and I was too afraid to try-I kept on imagining a giant hand rising up from the depths and pulling me under or some huge sea monster eating me up-sometimes having a well developed imagination can be problematic!
As a reward for conquering my fear, we had to go get a smoothie!

I got a "banana boat" and it was fabulous-bananas and vanilla ice cream.  Yum!!!  We then strolled through the fancy galleries and the national park visitor's center.  It talked about how Columbus' men first killed off the native people called the Taino and then later brought slaves from Africa.  It makes me wonder why this need for colonization?  For dominating other people?  Where did my culture get this idea that it is superior?  A patriarchal mindset that lets you see people as tools to be used surely helps.  I would like to say that as a culture we are progressing and I think we are, but still we must remain ever vigilant against the racism that leads to more people of color being put in prison and being raped.  I saw this sign that read, "Taino Spirit" and thought it was wonderful, but wondered how can they know know what their Taino spirit is when they had all been killed off?  I suppose you could say the Taino spirit lives in the way the people continue to welcome visitors to the island, just like the Taino welcomed Columbus.  Now it is a good thing, but then, not so much. 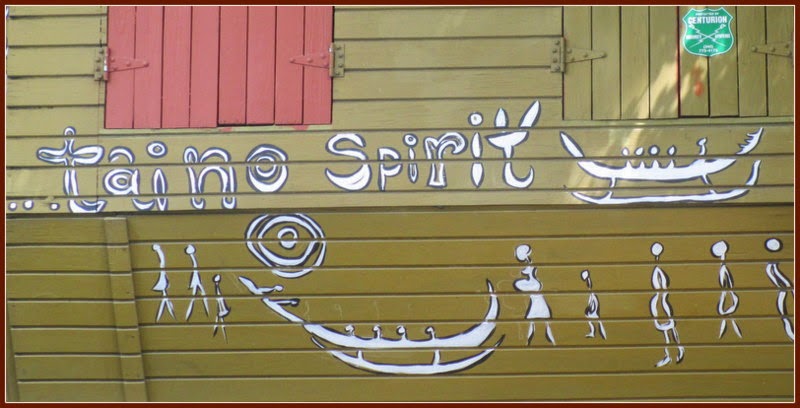 All that heavy snorkling and pondering made me tired, so we went back to our cottage for a nap and then it was time for dinner at Coral Bay Oasis. 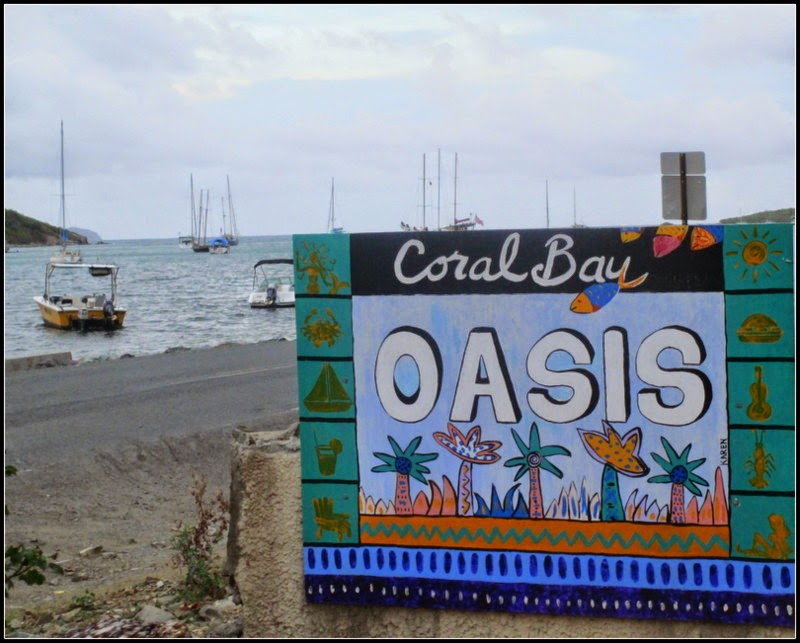 It's a local bar and restaurant that always has a chicken, pork, vegetarian, and fish entree and plenty of extra sides.  Fabulous food!  I got the cheesy crab pie with a side salad.  The pie was slightly spicy, very cheesy and hearty with a sweet crust-very good.  I v ery much recommend the place if you are in the coral bay area-you can find them on facebook and they post their new menu daily. 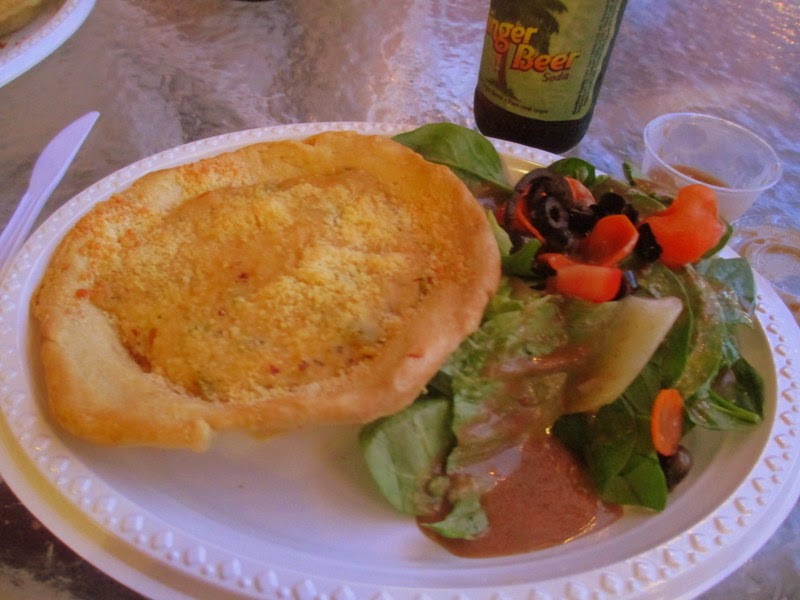 In DBT they say that if you are afraid of something to go ahead and do it-I wish I could go back in time and convince my twelve-year-old self to face her fears, but then again, at the time I did not have the skills needed to be able to do that.  I am so glad that I got the chance to redeem myself on day two!  Blessed be! 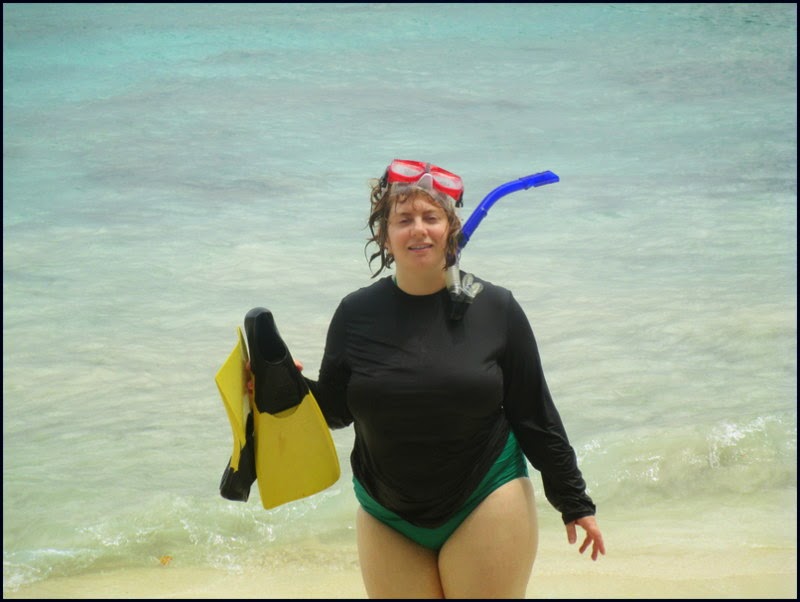